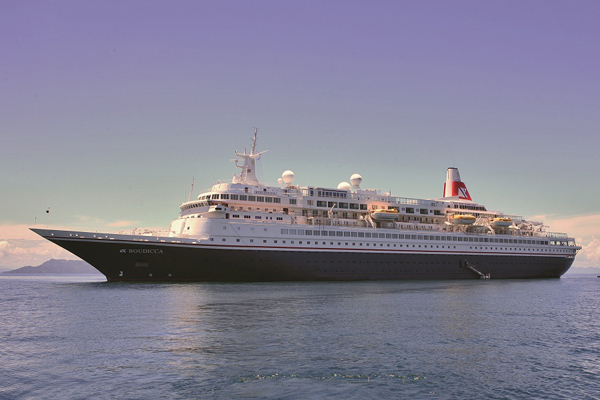 A man who saw his wife and another British woman killed by a car in Oman while on a cruise ship shore excursion reportedly believes they were victims of a deliberate attack.

Eric and Audrey Lindley were on a Fred Olsen cruise to celebrate their 50th wedding anniversary.

They were hit by a car during a stop at the ancient city of Salalah.

Lindley, a former director of an IT company, and his wife were passengers on the Fred Olsen ship Boudicca, which was on a 14-night Arabian cruise.

The vessel docked at Salalah shortly before the start of Exercise Saif Sereea 3, which involves 5,500 British troops alongside more than 60,000 members of Oman’s armed forces.

Mr Lindley, 70, who is recovering from severe injuries in hospital in the UK, believes that they were targeted because they were western tourists, suggesting that there may have been a terrorist motive.

Oman is a popular destination with holidaymakers but the Foreign and Commonwealth Office has warned that terrorists are “likely” to try to carry out attacks in places visited by foreigners.

The incident, on September 27, occurred less than 100 miles from the border with Yemen, a country suffering from civil war for three years.

Her husband has told relatives that they had got off a coach near a market when a car careered towards him and pinned him against the coach.

According to Mr Lindley the driver accelerated and appeared deliberately to drive towards his wife and the other tourist, whose identity is not known.

The Times reported the couple’s nephew Andrew Lindley as saying: “Eric is certain that it was deliberate. He has a clear recollection of what happened.

“He had got off the coach and was walking towards the back when the car sped up and crashed into him. Then he saw the driver continue and deliberately hit his wife and the other woman.”

He added that the Omani authorities had told his uncle that they had arrested a 22-year-old man who did not have a driving licence.

The ministry of tourism in Oman described the death of the Britons as a “painful and tragic accident”.

The Royal Oman Police said that the driver had appeared in court.