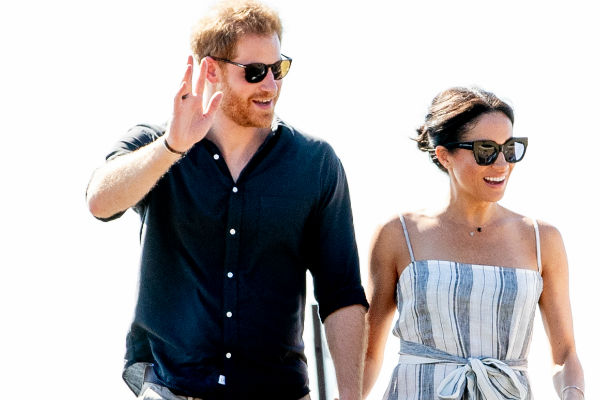 The visit by Prince Harry and the Duchess of Sussex has been hailed as being like a “free advert” for Australian tourism.

The assertion was made by the boss of Tourism Australia after the country came under the spotlight with the 2018 Invictus Games in Sydney drawing the royal couple.

The royal tour to New South Wales and Queensland has caused a spike in UK interest in Australia with traffic to the Australia.com tourism website up 15% the week the couple arrived Down Under.

Industry partners have also seen a knock-on effect with Travelbag reporting a 46% jump in searches for Australia in the same period.

Tourism Australia managing director John O’Sullivan said that having Prince Harry and Meghan so obviously having a wonderful time in the country was tantamount to a free ad for Australian tourism.

“We live in a world of celebrity, no more so when it comes to the British royal family, whose visits Down Under always draw huge enthusiastic crowds and generate enormous global media coverage.

“Today, we have a whole new generation of UK young royals, who are beautiful, smart and hugely engaging. And with iconic photo ops so often integrated into the travelling itinerary, and with such a large international press corp covering their every move, these visits have very tangible tourism benefits, generating a whole new audience of travellers wanting to follow in the royals’ footsteps.

“The Duke and Duchess of Cambridge’s visit to Australia in 2014 saw stunning TV pictures and photos of the royal couple in front of Uluru, visiting Taronga Zoo and the Three Sisters in the Blue Mountains. These Australian tourism icons were beamed across the globe, providing free tourism promotion for our country.

“This latest visit by Harry and Meghan has been in similar vein, and with the added interest of the Invictus Games. It’s no surprise to me that there has been a surge in online searches reported for trips to Australia.

“And the fact that the announcement that the Duke and Duchess of Sussex are expecting their first baby was made during this visit, well that was just the icing on the cake,” he said.

The UK is one of Australia’s largest and most valuable tourism markets with more than 740,000 visitors spending A$3.5 billion per year in Australia.