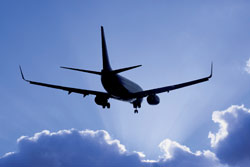 Forthcoming rises in Air Passenger Duty (APD) pose a “significant threat” to long-haul travel, warns market analyst Mintel. But most long-haul passengers will be able to afford the increases.

In a report released exclusively to Travel Weekly, Mintel argues: “The basis of the APD increases is that most long-haul passengers could afford such a rise.”

The research suggests more than 60% of UK adults earning more than £50,000 have flown long haul in the past three years, and half those earning £40,000-£49,999. However, Mintel warns: “Long-haul flyers who do not fit this mould would be hit hard.”

A family of four flying beyond Europe in premium economy will face an APD bill of £480 to £680 from November next year.

Charter carriers will feel the sharpest impact to medium- and long-haul destinations. Long-haul charters carry a greater proportion of lower-income passengers than scheduled services, although higher earners dominate on both.

TUI Travel, Thomas Cook and Monarch Airlines also risk losing out on invest-ments in premium economy seats – increasingly important on long-haul flights – since these carry double the rate of APD. TUI Travel and Thomas Cook have warned they will consider removing these if the rises in APD go ahead.

ABTA has helped co-ordinate a campaign to halt the rises in APD – calling on members and consumers to petition ministers and lobby MPs in the run-up to a general election.

However, Mintel concludes any government serious about cutting carbon emissions will seek to reduce flying through taxation, and it warns: “If APD does not have that effect, further measures may be introduced.”

The government describes the rises as “ensuring those who travel further meet the cost”.

APD on the rise