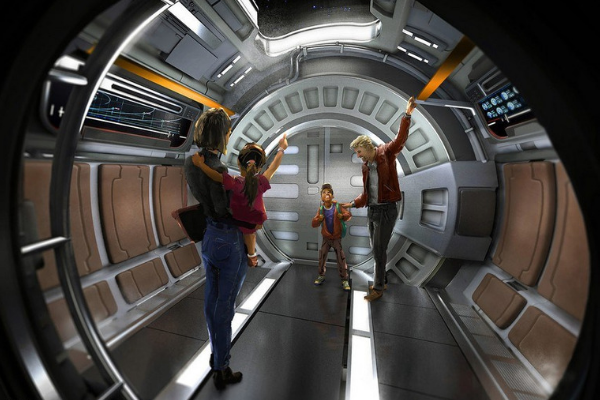 Disney Parks bosses gave a ‘sneak peek’ into the new Star Wars resort during the biennial D23 event over the weekend.

Described as a ‘ground-breaking experience’, the resort – which has yet to be given an opening date – will feature space-view cabins and high-end dining aboard a “luxury starship”. 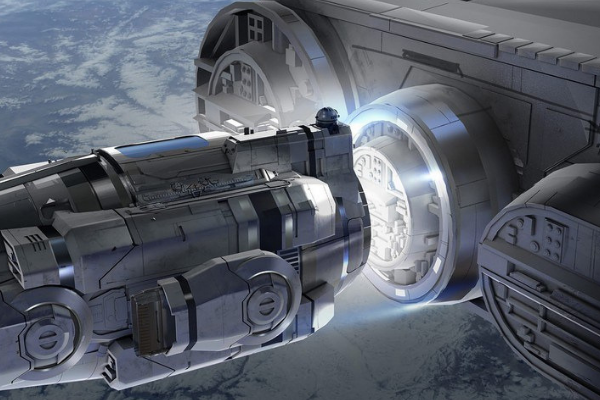 Chapek said the resort will contain: “All of the exciting action you would expect from an authentic Star Wars experience.”

New announcements were also made about two new attractions set for Star Wars: Galaxy’s Edge next year. The upcoming themed area – which was first announced back in 2015 – will open next summer at Disneyland Resort in California and autumn 2019 at Walt Disney World Resort in Florida.

Guests will be able to take control in one of three roles aboard Millennium Falcon: Smugglers Run, while on Star Wars: Rise of the Resistance, guests join a battle between the First Order and the Resistance – including a face-off with Kylo Ren.

He said of the new Star Wars themed land and upcoming hotel offering: “We are currently in the midst of one of the most extraordinary periods of expansion in our history.

“We are always pushing the boundaries of what’s possible as we deliver world-class experiences and attractions, new hotels and entertainment, itineraries and destinations for our guests.”