The EU offered some good news for the industry on Brexit last week, but fears remain over the impact on travel’s seasonal workforce. Lee Hayhurst reports.

Thomas Cook Group chief of product and operations Chris Mottershead spoke for all in travel when he hailed in-resort staff as the “real heroes” of the industry when he picked up his ITT Odyssey Award last month.

But an industry Brexit lobby group says these vital roles in the holiday business are at risk if the UK leaves the EU in March without a deal covering overseas workers.

The group, Seasonal Businesses in Travel (SBIT), which has grown from nine to 250 members in just over a year, warns a crisis is looming for UK outbound tourism.

To date, the impact of a disorderly Brexit has focused on the prospect of aircraft being grounded, lengthy queues at customs and potential new visa requirements.

Last week’s draft withdrawal agreement eased fears on those points, but the issue of British workers abroad – and their EU counterparts working in the UK – remains up in the air.

Owen said: “As a sector, we employ 25,000 seasonal workers in Europe, most of whom are seconded under the Posted Workers Directive, which allows you to have people on UK contracts and post them to Europe.

“The vast majority of British holidaymakers book with a British company, are met by British reps and are served by British bar staff, while British nannies look after their kids. If we leave with no deal, all that gets put at risk.”

Palumbo warned of an unravelling of the gains made over the past 20 years, during which the UK travel sector seized on the boom in low-cost flying to become the most efficient and reliable source market for overseas suppliers.

“We’ve spent years developing relationships to get the best deals to guarantee beds for the UK market. Sometimes, you have to nurture owners for years,” she said.

Owen said the fallout from a decline in the UK outbound sector if there is no deal would be keenly felt throughout the industry, both here and in Europe.

“It’s surprising how many don’t fully understand the risks,” he said.

“Many chief execs are only just figuring out they are in the supply chain of these holidays and Brexit will have a massive impact.” 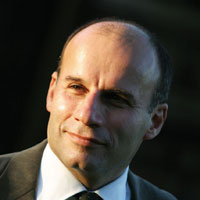 it is a critical matter for UK operators and an important part of people’s holiday experiences.

Abta raised this issue before the referendum, and it features in every Brexit meeting we have with the EU and destination countries, as well as discussions with the UK government.

Under the agreed sequencing of Article 50 negotiations, talks on future employment rules will only take place as part of a deal on the future relationship. These talks begin once the UK has left the EU.

That timing creates a challenge for businesses: while there is continuing uncertainty, businesses with posted workers are having to make their own contingency plans.

That creates cost and hassle. Abta continues to urge both sides to agree a pragmatic deal that will secure a period of transition that provides firms with operational certainty.

SBIT has produces a report entitled ‘A Crisis Looming: Brexit and the British Outbound Tourism Industry’.

Pay for standard travel jobs dips in first half of year

Outbound leaders welcome easing of restrictions but call for more