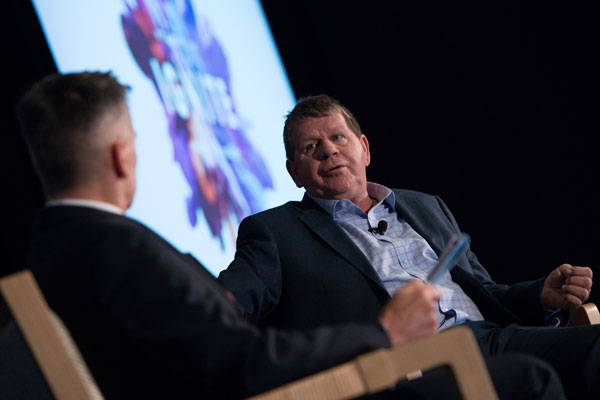 The Global Travel Group’s members have seen sales growth of nearly 20% across the group so far this financial year.

There have been an additional 33 members trading since April, 23 of which have joined since the financial year began and a further ten which had signed up to the consortium last year.

Global expects the 2018-2019 year, as it celebrates its 25th anniversary, to be its most productive in terms of recruiting new members.

Around “seven or eight” members have left the group of more than 350 agencies, which managing director Andy Stark put down to organic reasons such as retirement.

Speaking to Travel Weekly ahead of The Global Travel Group’s conference in Orlando this week, Stark said the group had seen a “significant” increase in sales to the western Mediterranean, with Turkey and the Greek islands proving a big seller among members.

“Broadly speaking, capacity is growing in the eastern Med,” he said. “WE are seeing Turkey, especially, bring back volumes. Central Europe, particularly Croatia, are doing well, Egypt is steady and Tunisia although not a big seller is growing as capacity starts to return.”

The USA was The consortium’s highest selling destination, while Barbados ranked among the top ten for the first time, in fourth position.

“We’ve seen a real resurgence from the Caribbean,” said Stark. “Some of the properties have done really well this year” Last autumn, the region was struck by two devastating hurricanes, Irma and Maria.

Global’s members have also seen 22% growth in sales of long-haul product, with India (6%), Japan (9%) and Vietnam (9%) among the destinations becoming more prominent.

Stark put this down to the rise in escorted touring holidays. Global’s more than 350 members have between them seen growth of 18% in touring and adventure holidays.

But he stressed that long-haul luxury remained the bread and butter of Global’s members, making up roughly 60% of sales for the consortium.

“We say to our members that it’s safe to assume that tour operators and airlines have done their homework on destinations,” Stark added. “So if new destinations are coming on the market, or more capacity is going in there, that’s where we suggest our agent members should be looking at.”

He also revealed that Global members’ sales of Travel 2 and Gold Medal, which are both also owned by Global’s parent company dnata, have risen 15% so far this year, but insisted there was no pressure on its independent members to sell the operators’ product.