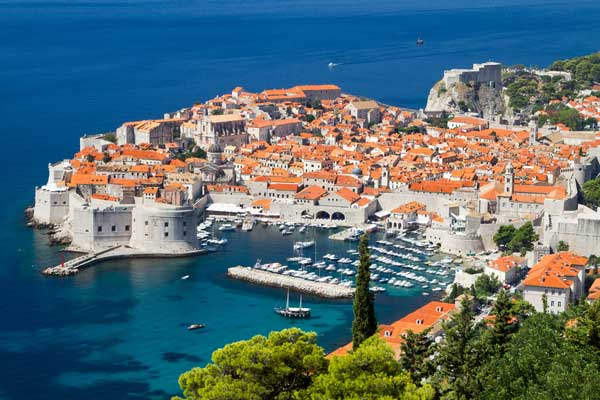 Game of Thrones locations in Croatia and Egypt’s Red Sea are predicted to be hot spots next year, according to Broadway Travel.

The travel group has analysed Google Trends and its own bookings to compile forecasts for travel trends in 2019.

It expects Croatia will attract more tourists, especially when the eighth and final series of Game of Thrones airs at the beginning of next year.

‘Set-jetting’ travellers have been keen to visit Dubrovnik (pictured) – which doubles as the fictional city of Kings Landing in the hit TV show – as well as other locations in Croatia.

Other European cities are also likely to be popular short break destinations, according to Broadway, which cited research showing such holidays make people happier – while the rise of budget airlines has encouraged travellers to book shorter getaways instead of traditional two-week vacations.

Meanwhile, Egypt has seen numbers bounce back, particularly in the Red Sea resort of Hurghada, which is tipped for further growth by Broadway Travel.

Tom Davies, head of marketing at Broadway Travel, said: “2019 looks to be a big year for European cities, and it is great to see people in the UK making the most of all the beautiful destinations we have so close to home.

“One trend that particularly resonated with us was the continued increase in UK holidaymakers visiting Croatia, following its starring role in Game of Thrones.

“This year we celebrated Broadway Travel’s 70th anniversary at our annual conference in Dubrovnik, and everyone who attended was blown away by the natural beauty of the city and surrounding areas.”

Other trends tipped by Broadway include a rise in solo travel; increased numbers heading for Greece, and Santorini in particular; and Lisbon, which gets the nod thanks its affordability and sunshine.

Meanwhile, Romania is seen as an emerging destination as the Eastern European country has one of the fastest growing economies in Europe.

Broadway conference: Group profits grow by a third despite ‘challenges’