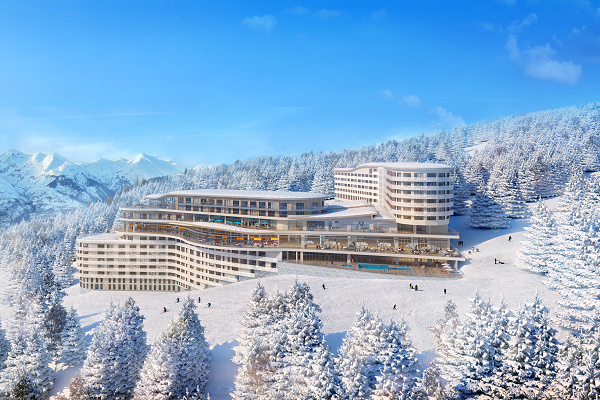 Club Med plans to open up to three new resorts a year in mountain regions by 2020.

The latest, Les Arcs Panorama in the French Alps, will officially open on December 16 and is already being claimed as one of the all-inclusive company’s best-sellers.

Overall winter sales have been growing steadily with a rise of more than 9.4% in 2017-18 and this winter expected to follow the same upward trend, according to the operator.

An important part of that was a “stellar” winter 2017-18 season, particularly in the UK market, where bookings increased upwards of 30%.

Despite Brexit, European ski destinations remain popular in Britain, with France as the number one (28%), followed by Austria (24%), Switzerland (18%) and Italy (11%), acclording to the company

The French slopes are becoming more international with 27% of ski aficionados coming from outside France – the top three being the UK (10%), Belgium (6%) and Germany (2%).

The figures emerged as the ski season kicked off at Club Med’s 22 resorts in the Alps.

Club Med is running its mountain school this week at resorts in Valmorel and Les Arcs Panorama in the French Alps for 200 new staff from across Europe. They will attend team building sessions and workshops.