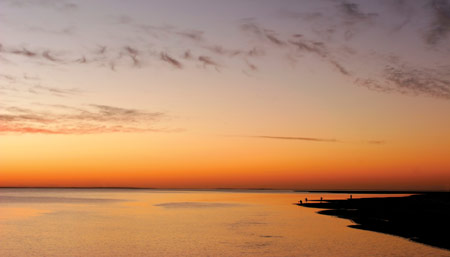 Lying beside the Indian Ocean to the north of South Africa, the former Portuguese colony of Mozambique is a tantalising destination, with 1,500 miles of pristine beaches, lagoons and coral reefs. Civil war may colour Mozambique’s past, but peace was agreed in 1992, and the floods of 2000 are long gone.

Between 2004 and 2008, visitor numbers increased from 711,000 to 1.5 million, and earlier this year Travel Weekly columnist Simon Calder cited Mozambique as one of his ‘nine destinations to watch’.

One company that has seen a rise in bookings is Somak Holidays. Commercial manager Chris Parker says: “Mozambique is able to compete with Mauritius and the Seychelles as a beach extension to South Africa, and an alternative to Zanzibar from Kenya.

“With its stunning beaches, resorts and lodges, it is an ideal destination for honeymooners and those looking to ‘get away from it all’. It has instant appeal – you can safari in Kruger one morning and be on a Mozambique beach by afternoon, so it is the ideal twin-centre holiday.”

Mozambique’s sub-tropical climate means the interior is warm/mild in the cooler dry season (April to September), while the hot, humid, rainy season runs from December until March.

Among the key sights in the capital are Central Market, the Gustave Eiffel-designed train station (which houses a funky bar), the Gothic-style National History Museum and Maputo Elephant Reserve.

The Fiera Popular’s open-fronted eateries are a Maputo institution, dishing up piri-piri chicken by the plateload. Five miles away uptown is the legendary Costa do Sol seafood restaurant and beach bar/club Coconuts.

Further north, an international airport has made Vilanculos a popular beach resort, and it’s a gateway to the Bazaruto Archipelago’s tropical islands, which are 19 miles off the coast.

Water sports, fishing and dune boarding are among the activities on offer. Operators featuring the region include Abercrombie and Kent.

Quirimbas Archipelago and the Ilhas

Competing for the attention of divers and sunseekers is the Quirimbas Archipelago in northern Mozambique, part of the 4,700 sq mile Quirimbas National Park.

Gems in this region include the beautiful colonial island towns of Ibo, on Ibo Island, and the World Heritage Site of Ilha do Moçambique (Mozambique Island).

Some 90 miles from Mozambique’s second city, Beira, in central Mozambique, the Gorongosa Park was once ravaged by civil war but is now enjoying a revival.

Zebras, warthogs, elephants and lions explore the ever-changing interior, from palm forest to sparse miombo woodland to lush green plains, while Mount Gorongosa looms overhead. Grab a sundowner by the old Lion House after dodging crocodiles on a walking safari.

A wilderness for experienced safari-goers, the Niassa National Reserve is an emerging photographic safari destination, with excellent hiking territory in the magical Namuli and Unango mountains in the northern region.

Bailey Robinson offers three nights at Southern Sun Hotel Maputo, one night at Chitengo Camp, two nights at Explore Gorongosa and three nights at Pestana Bazaruto Lodge from £2,890 per person. It includes all flights, transfers, a safari and some water sports. baileyrobinson.com, 01488 689700