The industry cannot expect certainty around Brexit but should be prepared for “bumps in the road” and ready for “all eventualities”. 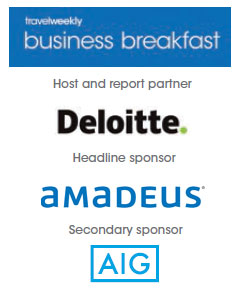 That is the view of Princess Cruises UK vice-president and Clia UK chairman Tony Roberts, who told a Travel Weekly Business Breakfast in December: “We continue to plan for uncertainty. We’re planning for all eventualities.”

Roberts said: “My personal view is we are not going to get there until March 29 and it is likely we’ll have a delay to the Brexit process in some form. That is unwelcome from a certainty perspective, but it may give us a more positive outcome.”

He argued: “No-deal is not in anyone’s interests. I’m hopeful we can find a better way forward.”

Princess Cruises operates from Dover, which could be at the centre of any chaos in the event of a no-deal Brexit. However, Roberts said: “Most of our UK departures are from Southampton which hopefully won’t be under the same duress. Our departures from Dover are later in the summer. Hopefully, we’ll be clearer on the way forward by then.”

Yet he warned: “There is clearly uncertainty to come. There are going to be bumps in the road. It’s our job to inspire people to travel and make it simple.”

Advantage Travel Partnership commercial and membership director Paula Lacey suggested the key issue would be consumer confidence. She said: “If [consumer confidence] takes a big dip, it is a problem. If we have a problem with exchange rates alongside, then it could become a perfect storm.”

Yet she insisted: “I’m optimistic that as an industry we’ll deal with whatever happens. We’ve been through it all in this industry – wars, ash clouds, all sorts of crises – and we deal with it.”

Asked how smaller companies could make contingency plans, Lacey said: “It’s difficult. We’ll obviously work closely with Abta and our partners and give members all the advice we can.”

Thomas Cook UK sales and e-commerce director Phil Gardner said “the biggest threat” for 2019 is “chasing volume without an eye on price”. He added: “We’ve seen too much of that. It’s important to avoid it and it has become more and more difficult to avoid.”

Simon Wood, head of commercial strategy at consumer research company Kantar TNS, said a second Brexit referendum would be “too close to call”.

He said: “If you look at the data, you see Remain four or five points ahead. However, we’re hearing a lot of media stories about how bad Brexit could be with no-deal. The minute we got into a proper campaign you would expect to see Leave improve.”

He said polling showed: “Leavers still want to leave, Remainers want to Remain. It would be very close.”

He noted 2017 was a record year for UK outbound and domestic holidays and said: “All the data for 2018 suggests the records for both domestic and overseas holidays have been beaten again.

“How does that translate into the outlook for 2019? Three-out-of-five prospective holidaymakers are concerned about Brexit – that is not a surprise – and two-in-five fear some impact of Brexit on travel. But that does not seem to have quelled people’s desire to travel. The intent to travel in 2019 is up two percentage points on a year ago.”

Pritchard noted: “There is some uncertainty in consumer spending and we saw a confidence dip in our quarterly Deloitte Consumer Tracker with a fall in confidence of three percentage points between the second and third quarters.

“The research for this report tells a similar story. Although more people expect to go on holiday in 2019, there is concern about how much they will spend – a drop of three percentage points in spending intention and an increase in expectation of taking an all-inclusive holiday.”

He noted the consumer research found a rise of nine percentage points in holiday bookings by smartphone in 2018. Pritchard said: “The increasing availability of 4G [networks] makes booking easier.”

Research for the report was conducted by Kantar TNS. Simon Wood, Kantar TNS head of commercial strategy and offer, said: “People want holidays and it takes major disruption to stop them. Leisure is one area people will cut back on, but that is not holidays – it’s all kinds of activities.”

Annual ocean cruise passenger numbers in the UK appear to have surpassed two million for the first time in 2018.

Tony Roberts, Princess Cruises’ UK vice-president and chairman of Clia UK, told the Travel Weekly Business Breakfast: “It looks like we’re on track to exceed two million passengers. The original [target] was to do so by 2020.”

Despite the uncertainty around Brexit, Roberts said: “We see a lot of confidence in growth and a huge amount of investment in cruise.”

At Princess Cruises, he said: “We have an additional 30% capacity for 2020 sailings from the UK.”

Roberts reported “a willingness by consumers to pay a little more for a cruise” in 2018 and 2019. He said: “Some of that is because people are booking earlier. There is also a general willingness to pay a bit more. We’ve seen that on all departures and we’re continuing to see that for 2019.”

He suggested average booking lead-in times “will increase”, saying: “We had good growth in 2018 and in 2019 we’re currently ahead in terms of our booked position. There is a continuing trend for people to book early, particularly for summer. There is a realisation that if you leave it to January or February you might not get what you want.”

Roberts insisted there was no risk of the cruise sector growing too fast to fill the increasing capacity. He said: “In terms of the holiday market, cruise is still quite small. Cruise beds are about 2% of global hotel beds, so while it feels like cruise is growing incredibly fast, the growth is limited by the number of shipyards that can build big ships.