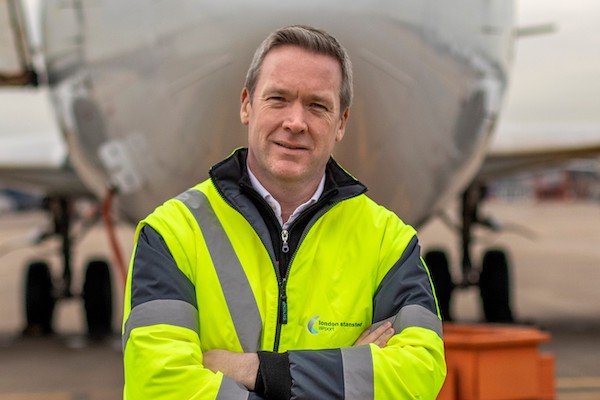 Stansted airport handled a record 28 million passengers in 2018, up by more than 8% year-on-year, thanks to new airlines and increased capacity.

More than two million passengers passed through its doors last month – a rise of 10% year-on-year – making it the Essex airport’s busiest ever December.

Stansted now serves 200 destinations in 40 countries, and offers more scheduled connections to Europe than any other airport in the world apart from Munich.

Ken O’Toole (pictured), Stansted chief executive, said: “During the year we welcomed six new airlines, including the world-leading Emirates offering a daily service to Dubai and 150 convenient onward connections, and also saw many of our airline partners increase capacity and choice of destinations, particularly Ryanair and Jet2.com.

“Stansted was the fastest growing major airport in the UK during 2018, and one of the fastest growing across Europe, and we are confident we will continue to grow passenger numbers and provide even more choice of airlines and destinations, including building on our work to secure more long-haul services to destinations across China, India and the US.”

He said 2019 will see the airport make progress with its £600 million transformation project, which sees the construction phase of its new arrivals building start in the spring.