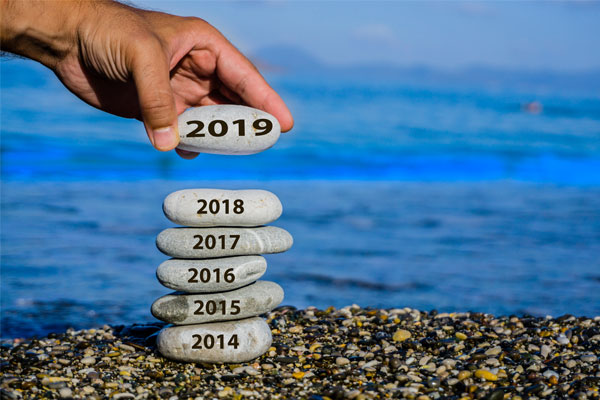 Jane Archer rounds up the cruise news you won’t want to miss in 2019.

Who says cruising is dull? With nearly 40 new and refurbished ocean-going ships and river cruise vessels launching, 2019 is set to be a thrilling year.

There’ll be ever-more luxurious ships, exciting experiences, intriguing itineraries and a host of food, wine, art, golf and other themed cruises. Plus, if the whispers can be believed, Star Clippers’ long-awaited new sailing ship will launch mid-2019.

Clia will be running several events to help agents tap into these selling opportunities, so it’s worth signing up to some of those for your chance to find out the latest news.

Below is just a taste of what’s on offer. Prices are per person on a cruise-only basis, unless stated otherwise. Contact the relevant cruise lines for details.

What’s new? Clients who want a winter getaway can tune in to inveterate traveller and cruise ship speaker Niki Sepsas on Seabourn’s Odyssey. He will also be on a Greece and Dalmatian Delights cruise in June.

Book it: From £4,999 for a 14-night Exotic Caribbean cruise round-trip from Barbados departing January 26.

What’s new? Viking’s 930-passenger Viking Jupiter launches on February 16, but has sold so well that clients must wait until May to get on board. It has a planetarium and will be named in Oslo by Norwegian soprano Sissel Kyrkjebø in June.

What’s new? CroisiEurope is exploring Albania on new one-week round-trip cruises from Dubrovnik that visit the archaeological sites of Butrint and Apollonia, as well as the capital Tirana, on optional and included tours.

Book it: From £1,377 for a seven-night Treasures of the Adriatic cruise departing February 2.

What’s new? MSC Cruises makes history on March 2 when MSC Bellissima becomes the largest vessel to be christened in Southampton. It will be in port for three days, allowing agents and potential clients to take a sneak peek.

Book it: From £949 for a nine-day cruise from Southampton to Barcelona departing March 4.

Book it: The event is free but open to Clia agents only. Register at cruiseexperts.org.

What’s new? Clia is bringing the world of expedition cruising to London with a one-day training event on March 28 to help agents get to grips with this fast-growing sector.

Book it: The event is free but open to Clia agents only. Register at cruiseexperts.org.

What’s new? The American Civil War, jazz and rock and roll are brought to life as American Queen Steamboat Company’s American Duchess sets sail on a new season of cruises on the Lower Mississippi.

Book it: From £3,795 for a seven-night cruise from New Orleans to Memphis departing March 23, including flights. 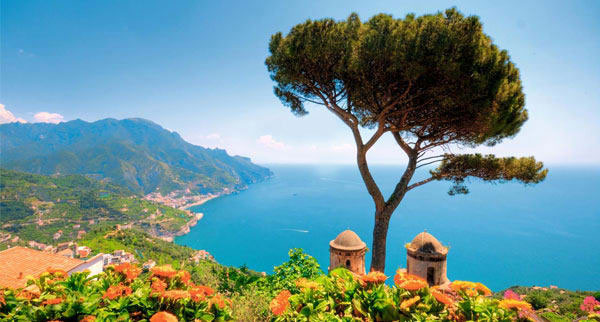 What’s new? Scenic’s long-awaited ocean-going yacht Scenic Eclipse sets off on its inaugural voyage. It has nine places to eat and carries a helicopter and submarine for exploring above and beneath the waves.

Book it: From £8,795, including flights, for the 15-day Great Civilisations maiden cruise departing April 13.

What’s new? Royal Caribbean International’s new ship, Spectrum of the Seas, says hello and waves goodbye to the Med as it sets off on the first leg of the journey to its homeport in Shanghai, China.

What’s new? Ponant’s Le Bougainville sets sail on its maiden voyage. The exploration vessel accommodates 184 passengers and has a lounge in the hull with a window out to the ocean. Sister ship Le Dumont D’Urville will launch in August.

Book it: From €3,490 for the seven-night inaugural cruise from Nice to Athens departing April 15.

Book it: From £640 for a four-day cruise to Bermuda round-trip from New York departing May 23.

What’s new?Marella Explorer 2 sets sail on May 1 from Marella Cruises’ new homeport of Naples. The ship is adult-only and has a golf-themed cocktail bar, champagne bar and a spa run by Champneys.

Book it: From £1,111 for a seven-night Adriatic Splendours cruise taking in Croatia, Italy and Sicily, departing May 1.

What’s new?AmaMagna, the double-width river ship being built by AmaWaterways, sets sail on its inaugural cruise on the Danube. It holds 196 passengers, has four places to eat and an aft water sports platform.

Book it: From £4,141 for the seven-night Romantic Danube maiden cruise from Vilshofen to Budapest departing May 5.

What’s new? Clia’s annual cruise convention opens in Southampton on May 15. There will be conference sessions, networking, a trade fair and the opportunity to tour Celebrity Edge, MSC Preziosa and Cunard’s Queen Mary 2.

Book it: The three-day event is open to Clia members only and already heavily sold. Tickets cost £102 per person. Register at cruiseexperts.org.

What’s new? Cunard’s Queen Elizabeth starts a mini season of 10-night Alaska cruises from Vancouver that call into Ketchikan, Juneau, Skagway and Sitka, and include a scenic cruise to Hubbard Glacier.

Book it: From £2,668 departing May 21, including flights and transfers.

What’s new? Celebrity Cruises’ new 100-passenger Galapagos ship Celebrity Flora sets off on its maiden cruise. It has top-deck cabanas where passengers can camp under the stars and wake to a full-size breakfast.

Book it: From £9,659 for the seven-night inaugural cruise round-trip from the island of Baltra departing May 26.

What’s new? Keen golfers can play top courses in the UK and improve their swing with Californian teaching pro Mike Smith on a Crystal Cruises voyage from Dover to Reykjavik in Iceland.

Book it: From £2,239, including flights, for a seven-night round-trip from Bordeaux departing June 30. 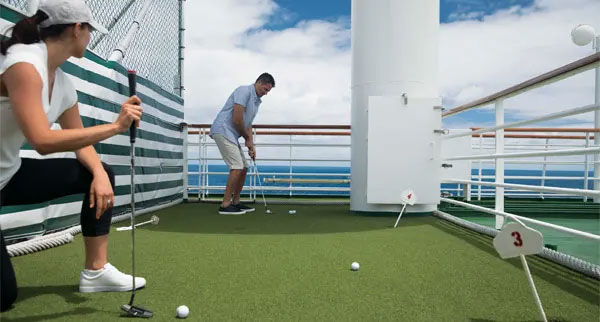 What’s new? Saga Cruises’ first-ever new ship, Spirit of Discovery, will be christened in Dover on July 5. It accommodates 999 passengers, has 109 single cabins and a club created in partnership with music legend Jools Holland.

Book it: From £4,150 for a Gourmet Spain cruise with Jools Holland, departing from Dover on August 3.

What’s new? U by Uniworld’s The B is overnighting in Paris on July 14, as the city celebrates 230 years since the storming of the Bastille. Passengers can party onshore then grab a lie-in as the vessel sets sail along the Seine.

Book it: From £1,529 for a seven-night Northern France at a Glance round-trip from Paris departing July 14.

What’s new? Budding artists can get their mojo on Titan Travel’s Footsteps of Turner Rhine cruise onboard Serenade. They’ll see the places he painted and hear four lectures about the painter’s work by art historian Gerald Deslandes.

Book it: From £1,399, including coach travel from the UK, for an eight-day round-trip from Cologne departing August 22.

What’s new? Silversea’s expedition ship Silver Cloud sets out in search of polar bears and deep fjords on an August 26 cruise in the Canadian Arctic and Greenland. 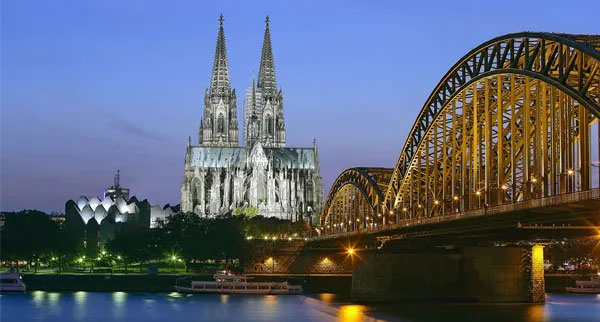 What’s new? Azamara Club Cruises’ Azamara Quest sets out on a 14-night Circle Japan cruise from Tokyo. One of nine country-intensive cruises new for 2019, it visits 10 Japanese ports and the South Korean port of Busan.

What’s new? Italy’s answer to Jamie Oliver, chef Armando Bisceglia, is adding a touch of celebrity to a sailing around Amalfi and Sicily on Star Clippers’ ship Royal Clipper.

Book it: From £1,810 for a seven-night cruise round-trip from Rome departing September 7.

What’s new? Princess Cruises’ Sky Princess has two top-deck Sky Suites with balconies that are bigger than many inside cabins, a ‘Wakeview pool’, cabanas for hire and a jazz lounge.

Book it: From £1,149 for a seven-night maiden voyage from Piraeus to Barcelona departing October 20.

What’s new? Aurora Expeditions’ Greg Mortimer sets out on its inaugural cruise. The ship has hydraulic viewing platforms and a revolutionary new-look X-Bow designed to pierce through waves and offer a more comfortable ride.

Book it: From $10,500 for a 12-day Spirit of Antarctica cruise round-trip from Ushuaia departing October 30.

What’s new? Norwegian Cruise Line’s Norwegian Encore arrives in Southampton on November 2 to pick up passengers and head to the US. The ship has the largest go-kart track at sea and laser tag, while the musical Kinky Boots is the onboard show.

Book it: From £979 for the 11-day inaugural transatlantic cruise from Southampton to Miami departing November 2.

What’s new? MSC Cruises’ MSC Grandiosa is being christened in Hamburg on November 2.

Book it: From £549 for an eight-day Western Mediterranean cruise round-trip from Barcelona departing December 12. 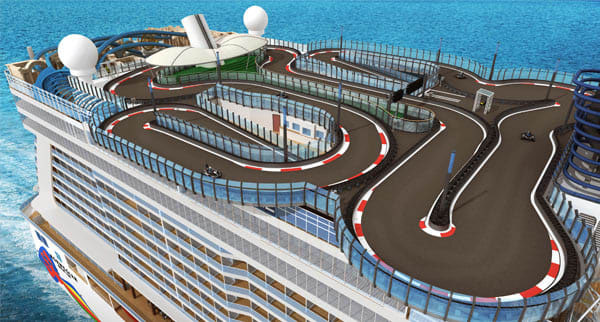 What’s new? Celestyal Cruises ticks off Europe, Africa and the Middle East on a new Three Continents voyage visiting Alexandria and Port Said in Egypt, Ashdod in Israel, Kusadasi in Turkey, Limassol in Cyprus and Rhodes in Greece.

Book it: From £899 for a seven-day cruise round-trip from Piraeus departing December 2.

What’s new? Carnival Cruise Lines’ new Carnival Panorama arrives in Long Beach, from where it will be cruising the Mexican Riviera year-round. It will have an indoor games zone, trampolines and a play area for toddlers.

Book it: From £573 for a seven-night Mexican Riviera cruise from Los Angeles departing December 5.

Cruise calendar 2020: Don’t miss a thing with our guide
Ask the expert: Predictions for 2020 booking trends
Tours, cruises and hotels with no single supplements