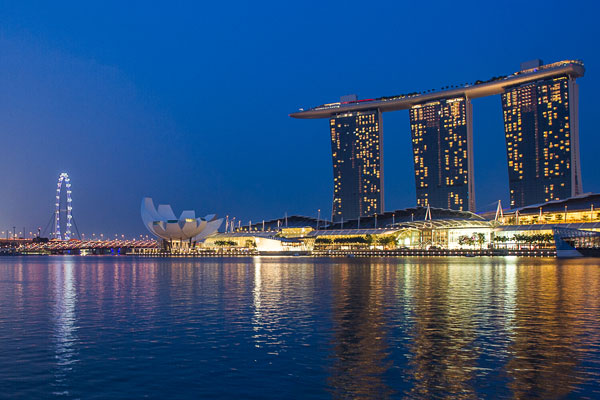 The Asian city-state is a prime spot to start a cruise, finds Harry Kemble.

Singapore has been courting the cruise market for quite some time, investing millions in infrastructure with a new cruise terminal to handle the biggest ocean-going ships, and encouraging agents to see the city-state as an easy embarkation point for a cruise holiday.

But what can cruise passengers do there before they get ready to set sail? Travel Weekly joined a Seabourn and Holland America Line fam trip to test out some activities that might tempt cruisers to start their journey in Singapore.

A bit on the side

Why go? Guided tours are available in any destination, but zooming along narrow streets in the sidecar of a Vespa motorcycle is no average excursion. The owner of Singapore Sidecars, Simon Wong, who set up his business only last summer, believes there’s nothing else like it.

“Zooming along narrow streets in the sidecar of a Vespa motorcycle is no average excursion.”

We arrived to find five adapted Vespas with qualified drivers, who whizzed us around the Malay Heritage Centre – the city’s Malay district – while pointing out landmarks and murals. We were left wanting more time in the sidecar when our 30-minute taster tour ended. Tours cost £92 per person per hour, with options ranging from one to four hours. Definitely worth every penny.

Agent verdict: Ian Warren, of GoCruise, says: “The Vespa sidecar tour was really different to anything else I had heard of. The drivers were really friendly and showed us everything along the way. It is something to recommend to every customer coming to Singapore. It is not the cheapest excursion, but if people are happy to pay, then go for it.” 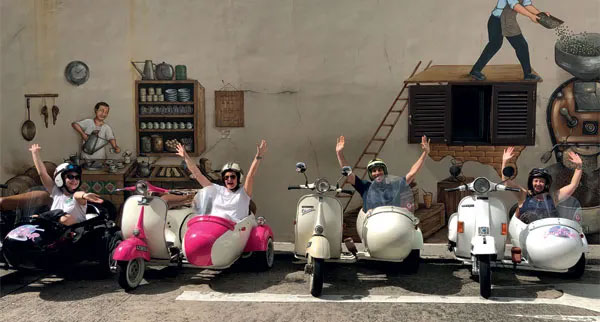 What? Walking tour of Chinatown

Why go? Seeing Chinatown – one of Singapore’s five heritage centres – gives you a decent understanding of the city and its quirks. Yes, Chinatown ostensibly appears to be like any other city district around the world, but its 24-hour food courts, known as hawker centres, are no ordinary street-food stalls. One centre, Hawker Chan, even managed to earn a Michelin star for serving up world-class soy chicken rice for a bargain £2. A walking tour also uncovers more of the district’s history and culture, with a visit to the Buddha Tooth Relic Temple, built in 2007, home to the world’s largest collection of Buddhist artefacts.

“Hawker Chan even managed to earn a Michelin star for serving up world-class soy chicken rice for a bargain £2.”

Agent verdict: Carol Ann Smith, of Freedom Personal Travel Advisors, says: “I would definitely recommend the walking tour of Chinatown to clients. Spend some time in the hawker centres to cool off away from the soaring temperatures. It was good to see the local people and really understand their culture.” 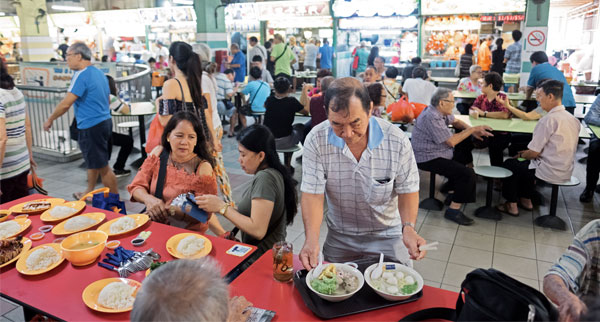 Why go? Picture a lush tropical island with three beaches and a host of thrilling activities, including a luge ride, a zipline and even a bungee jump, and you’re getting close to what Sentosa Island is like. Visitors can travel to the island via cable car, public bus, bicycle or on foot, and they certainly won’t be short of things to do there, whether they want to flop in the sun or go bungee-jumping off a 50-metre platform (around £115). Universal Studios and Resorts World Sentosa are also located on the island for the ultimate fun-seeking family.

“Visitors can travel to the island via cable car, public bus, bicycle or on foot, and they certainly won’t be short of things to do there.”

Agent verdict: Rachel Clifton, of Lincolnshire Co-operative, says: “I had absolutely no idea that all those activities were on offer in Singapore. I think if you have a family who has been to the Caribbean or Dubai and they are looking for something a bit different, Sentosa would be perfect.” 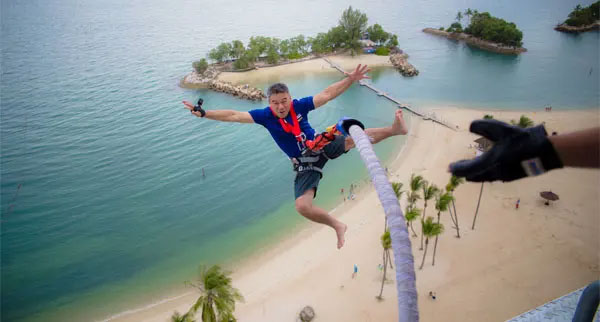 What? The Singapore Botanic Gardens

Why go? This vast green space helps secure Singapore’s status as Asia’s greenest city, with 30% of the city devoted to parks and green spaces. The Singapore Botanic Gardens, a Unesco World Heritage Site, is home to the world’s largest orchid collection, with more than 1,000 types of orchid and more than double the number of hybrid species. Some of these have been named after various royals and heads of state. The Queen, Prince of Wales and Duchess of Cornwall, and Duke and Duchess of Cambridge have all paid a visit to the gardens and duly had an orchid named after them. Housed inside the National Orchid Garden is The Halia, a brunch spot that offers plant fans a refreshing alternative to food found elsewhere in the city.

Agent verdict: Dinah Alonso-Wilkes, of Travel Counsellors, says: “The orchids are so beautiful and discovering the lunch place that we went to was so nice. I would certainly tell my clients about it. You could spend the whole day [at the Singapore Botanic Gardens], and the Queen Elizabeth orchid was quite unusual.” 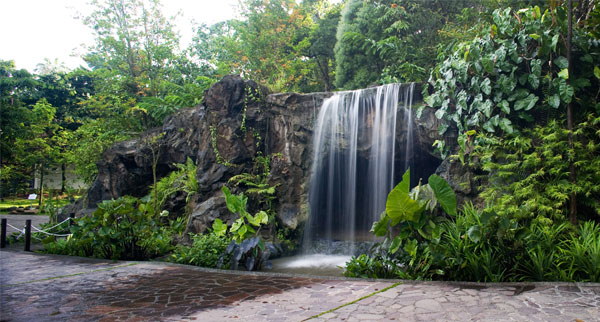 Top of the trees

What? Gardens by the Bay

Why go? This is no ordinary botanical display – even if clients have been to the Singapore Botanic Gardens, they should still make time for Gardens by the Bay, which covers 101 hectares and is home to a quarter of a million rare plant species. Plant growth is sustained through manufactured conditions – 23C temperature throughout and different soil types for each plant. Two conservatories, the Flower Dome and Cloud Forest, are open to the public. Unfortunately, the latter was closed for maintenance during our visit but that didn’t detract from our experience, which culminated with the Garden Rhapsody performance in the evening. This enthralling musical light show brings the Supertrees – artificial trees at 25 to 30 metres high – to life; the performance changes each month, and takes place year-round at 7.45pm and 8.45pm each evening.

“Plant growth is sustained through manufactured conditions – 23C temperature throughout and different soil types for each plant.”

Agent verdict: Joanna Sykus, of Scotland’s Cruise Centre, says: “I had never been to anything like the Flower Dome before. I would definitely recommend it to anyone. It was amazing how they manage to get the music to go with the light at the Garden Rhapsody. This is one of the fun attractions of Singapore.” 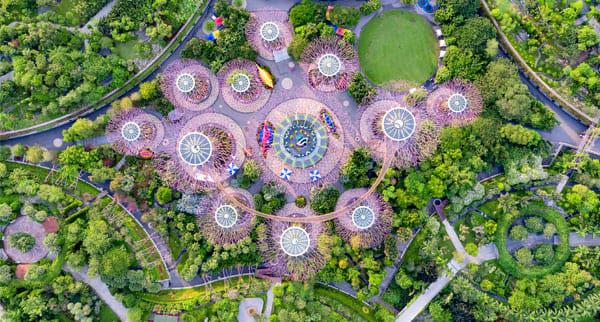 Why go? This choreographed light and water show takes place in front of the iconic Marina Bay Sands Hotel, with hundreds of locals, tourists and cruise passengers gathering to see the free 15-minute display, which uses more than 110 types of lights and lasers. The display begins nightly at 8pm and 9pm, and on Fridays and Saturdays there is a third show at 10pm.

“The tour is one of the cheapest ways to see Singapore, and includes a view of the statue of Sir Stamford Raffles.”

Afterwards, we took a bumboat trip along Singapore River. The tour is one of the cheapest ways to see Singapore, and includes a view of the statue of Sir Stamford Raffles, the founder of modern-day Singapore, near Boat Quay.

Agent verdict: Layla Ludlam, of Bolsover Cruise Club, says: “The crowd and the atmosphere at Spectra were great. I have not seen anything like this anywhere else in the world. The boat ride was a brilliant way of seeing Singapore.”