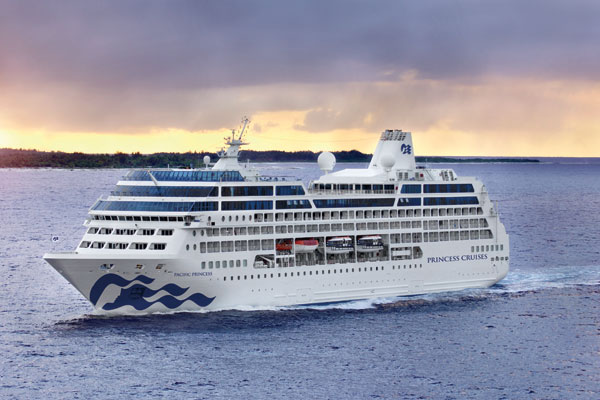 The boss of Azamara Club Cruises has openly expressed his desire to buy Pacific Princess from Princess Cruises.

Larry Pimentel revealed that Princess Cruises was aware of his interest in the R class ship even though he had not spoken directly to the line.

There are seven other R class ships currently in service. Azamara owns three of the vessels and Oceania Cruises operates the other four.

Asked at a media event about Princess Cruises’ R-class vessel, Azamara’s chief executive and president Pimentel said: “As for the last R-class I hope that we can get it.

“Let’s just say it’s not a secret to anybody that has an R class ship I am quite happy to take it. They can say that it does not work but our numbers show it does work, but we change the product.”

Pimentel referred to the fact that he did not hide his interest in Pacific Princess as “an affectionate joke”.

“I think the world is a big place and I would be happy to have the fourth [R-class] ship very quickly,” he said.

Tony Roberts, Princess Cruises’ vice president UK and Europe, said: “Pacific Princess has published itineraries sailing from now through September 2020 and will continue to serve our guests as part of the Princess Cruise fleet.”

Pimentel also revealed he was concerned about how many luxury ships were currently on order.

“My biggest concern about the luxury market is flow. Too quick, too fast, and all at the same time is dangerous.

“If you can’t assimilate very well it normally degenerates price,” he said.

However, he said the luxury market could be a key one – if ship deliveries were somehow staggered.

“The number of ice class vessels being constructed today is a very big number that area is exciting,” he said. “They get rarefied rates and great guest satisfaction. Silversea, our sister line, does this very well.

“However, if so many ships are delivered by so many yards in the same quarter, during the same peak season, it is likely to have an effect on rate, but over time it can be assimilated.”