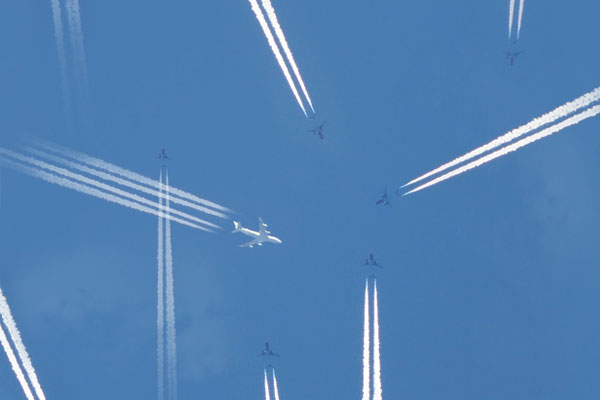 The association’s passenger figures for November showed a 6.4% increase in monthly traffic in Europe on November 2017 and a 6.7% increase at EU airports.

However, ACI noted a 1.4% decline year on year in freight traffic – the first monthly slowdown in three years.

Jankovec said: “Demand on the passenger side keeps defying an increasingly challenging geopolitical and economic environment.

“But the party could be ending soon. We are facing a eurozone close to stagnation with business confidence at a four-year low, coupled with global growth losing momentum and a slowdown in trade.”

He warned: “Passenger demand levels are going to feel the effects at some point.”

Jankovec said “A no-deal Brexit is the most immediate risk. We are faced with the prospect of a capacity freeze on all UK-EU27 air routes.

“If confirmed, UK airports would be the hardest hit, but many airports across the EU would also suffer, especially in Ireland and Spain, as well as smaller regional airports that depend on UK traffic.”

ACI reported smaller and regional airports with fewer than five million passengers a year underperformed the European average, with passenger traffic increasing by 4.9%.

Alexandre de Juniac, Iata director general, noted: “Normally the fourth quarter is a peak season for air cargo. Flat growth in November is a big disappointment. Downside risks are mounting. Trade tensions are a cause for great concern.”

Iata reported Europe’s carriers saw a 9% increase in demand year on year in November but suggested: “It is unclear whether this pace of growth can be sustained given mixed signs on the economic backdrop.”

De Juniac added: “[There are] clear signs that growth is moderating in line with the slowing global economy. Trade tensions, protective tariffs and Brexit uncertainties overhang the industry.”