Laura French gets off the beaten track on a trip to Guadeloupe.

Ask your average Brit to find Guadeloupe on a map, and chances are they might struggle. But that sense of stumbling upon something unknown is exactly where its appeal lies.

This lush archipelago set in the Antilles, and officially a department of France, feels remote, untouched and authentically Caribbean.

Even on its largest islands, Grande-Terre and Basse-Terre, the vibe is all ramshackle houses in bright candy colours; reggae bands playing on rugged streets; and rustic, back-to-nature hotels bordering quiet little beaches, and it’s utterly charming.

Gaudeloupe is also incredibly diverse, with French, Creole, African and Indian influences shaping its food, music and people, so the culture feels both familiar and exotic at the same time.

That makes it a good alternative for those looking to escape the crowds and immerse themselves in a raw, unpolished place that hasn’t yet been overrun with big-name hotels and glossy chains. Here’s our guide to the highlights. 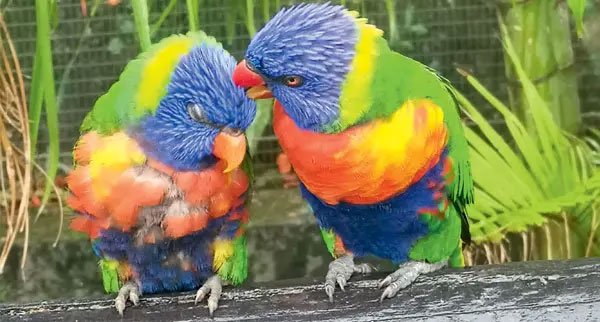 The biggest and most dramatic of the two main islands, the volcanic-based Basse-Terre is where you’ll find Guadeloupe’s wilder side. Cloud-capped mountains, tumbling waterfalls and emerald rainforest fill its hilly, lush-green surface, giving it the edge for adventurers.

At its heart is La Soufrière, a steaming volcano in the Unesco-listed Parc National de Guadeloupe with a pointed peak that’s visible across the island.

Active types keen to take on a challenge can climb it, with trails starting in the mist-drenched, bottle-green rainforest below. It’s a fairly strenuous clamber up steep, slippery rocks, but it’s worth it for the extraordinary show at the top: puffs of sulphur spewing out from live, hot craters; jagged volcanic rocks dyed lime green from the gases; and carpets of green rolling off in every direction below. Otantik Tours offers private trips from €88 for those wanting a guide.

It’s not only about the hiking here, of course. Basse-Terre is known for its diving thanks to a handful of vivid coral reefs, and at its core is the Cousteau Reserve, named after renowned oceanographer Captain Jacques Cousteau, who campaigned for its protection in the 1970s.

“It’s a fairly strenuous clamber up steep, slippery rocks, but it’s worth it for the extraordinary show at the top.”

I took a trip out with dive school Plaisir Plongée Karukera and it was spectacular, with starfish, flounders and other creatures in rainbow colours gliding between tiny purple-veined trees and brain-like clumps of coral, so that I felt like I was in another universe entirely. It’s an option worth suggesting to certified divers as well as newbies wanting to take their first plunge (from €40, departing from Malendure Beach).

For those not into adventure, suggest a visit to fishing village Deshaies – film location for BBC detective drama Death in Paradise – for candy-coloured houses, quaint souvenir shops and seafood joints flanking a long, sandy beach.

Recommend a stop at the Botanical Garden to glimpse colourful, squawking parrots flitting above waxy-looking flowers brought over from across the world (entry €15.90 for adults). There’s also a good restaurant at the garden serving dishes such as accras (fried fish bites) and boudin (blood sausage), ideal for those wanting to try authentic Creole cuisine in picturesque surrounds. 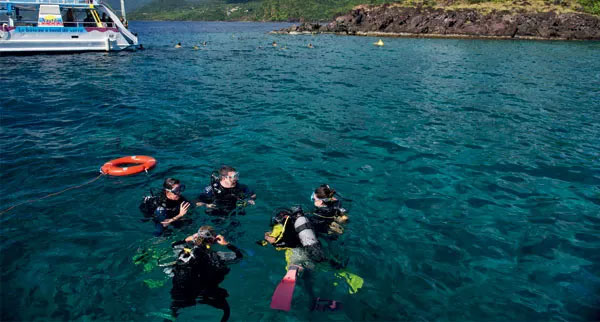 It’s on Grande-Terre that you’ll find most of the key tourist spots and hotels, largely thanks to the snow-white sands, turquoise waters and handful of lively beach towns that line the south coast.

Hotspots include Le Gosier, Sainte-Anne and the rather exclusive Saint-François, all of which draw French tourists after a laid-back escape.

It’s also here that you’ll find the capital, Pointe-à-Pitre. Guadeloupe’s commercial centre feels a little gritty in places, with corrugated-iron houses flanking dilapidated streets, and a string of brash shoe shops lining the main drag. But for clients prepared to get stuck in, it’s authentically atmospheric, with lively markets fusing pungent spices, colourful rum bottles and freshly-caught fish together in a sense-engulfing spectacle.

“Housed in a huge, contemporary-design building, the museum traces the history of slavery in Guadeloupe and beyond.”

We were lucky to catch one of Guadeloupe’s most-anticipated festivals, the Fête des Cuisinières, a huge parade in which women and children from a community of ‘female cooks’ dance, drum and clap their way through the streets in colourful dress, flinging out home-baked cakes, biscuits and bread for the crowds, as reggae bands take to the streets. It’s been going for more than 90 years and gave us a real insight into traditional Guadeloupian life, so recommend it to clients who happen to be here in August.

Just as impressive, albeit in a totally different way, is the Memorial Acte Museum. Housed in a huge, contemporary-design building, the museum traces the history of slavery in Guadeloupe and beyond through interactive screens, artefacts and slaves’ own stories. It’s fascinating (if sobering), taking visitors from French colonisation to the triangular slave trade and the indentured labour system, when thousands of Indians arrived to work on the sugar plantations. It’s a must for anyone coming here (entry €15 for adults). 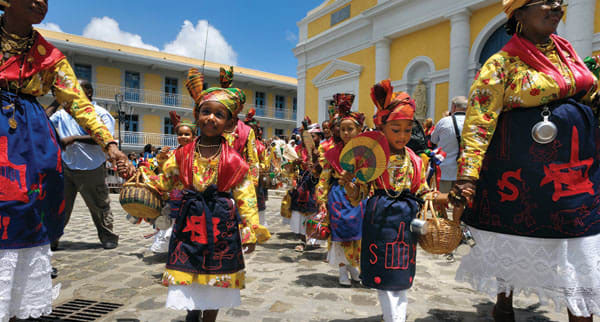 It’s not just the two main islands that appeal. The nine Les Saintes islands are among Guadeloupe’s biggest charms, and Terre-de-Haut, the largest of the cluster, is enchanting in every way.

Accessed by a 40-minute ferry from the mainland, this spot has the feel of a fishing village, with boho-chic boutiques, seafood joints and quaint souvenir shops lining the front, attracting well-heeled French tourists who whizz round its bumpy, hilly roads on scooters. It’s laid-back and low-key, with no cars to block the views, and there’s a handful of quaint, quintessentially Caribbean beaches to explore.

“It offers panoramic views over Les Saintes Bay, named one of the most beautiful bays in the world by Unesco.”

But the crowning glory is Fort Napoleon, a hilltop fortress designed in 1867 to defend the island from attack. Today, the half-intact, stone-built citadel houses an intriguing museum exploring the history of the islands, including their brief ownership by the British in the 18th century and a string of bloody battles at sea. It also offers panoramic views over Les Saintes Bay, named one of the most beautiful bays in the world by Unesco, with chunks of land rising up like humps from a stretch of deep, pure blue.

The best part was, I felt like I had the whole thing to myself. That was a feeling I’d rather come to enjoy, after a week on this little-known, delightfully remote archipelago.

Guadeloupe doesn’t have five-star hotels, so sell it to clients who like nature, culture or one-off boutiques. 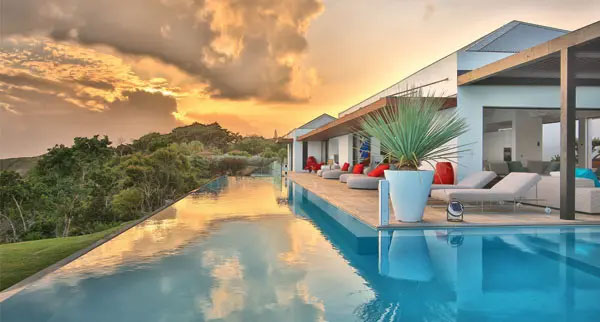 La Toubana Hotel & Spa, Grand-Terre
One of Guadeloupe’s swankiest boutique hotels, La Toubana is elegant and contemporary, with white furnishings, colourful accents and a crisp, clean feel, plus spacious bungalows, suites and luxury villas overlooking the sea. It’s a five-minute walk down to a pristine beach (though warn clients it’s a bit of a climb up the slope), and feels quiet and peaceful, with a pool, terrace and bar, plus a spa and two restaurants, one right on the beach.

Book it: From €247 per night room-only.
toubana.com/hotel-guadeloupe 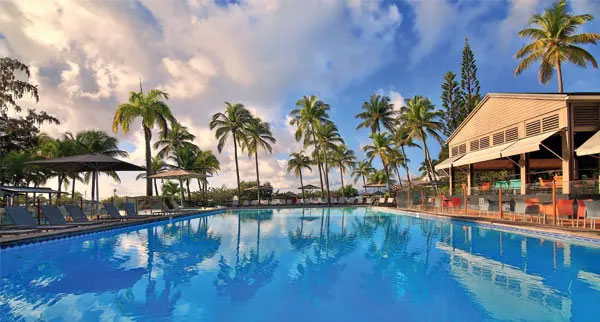 La Creole Beach Hotel & Spa, Grand-Terre
Another of the higher-end resorts, this is a bigger, buzzier spot with a private beach on its doorstep, a tropical garden, two big pools, modern rooms and a spa. The rum bar gets lively come evening as entertainers hit the stage, plus there are three restaurants serving traditional Creole and international dishes. The highlight for me, though, was the sunset view from my room, painting sea and sky a perfect lilac each evening.

Book it: From €160 per night room-only.
creolebeach.com/hotel-guadeloupe-gosier 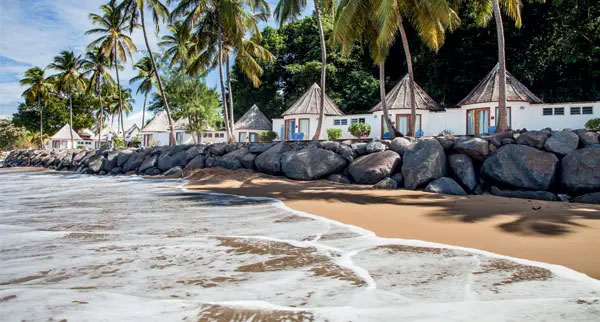 Langley Resort Fort Royal, Basse-Terre
Set on a beach in the north of Basse-Terre, Fort Royal is all about rustic charm with simple, back-to-nature rooms spread across several buildings. It’s a good option for families with tennis courts, a large pool area, kids’ club and sail and surf centre, and there’s a big restaurant with a terrace serving a buffet breakfast and dinner, plus a cocktail bar right by the beach.

Book it: From €121 per night room-only.
langleyhotels.eu/en

The best world heritage spots to visit in the Caribbean
Exploring the undiscovered beauty of Dominica
Caribbean island guide: Get back to basics 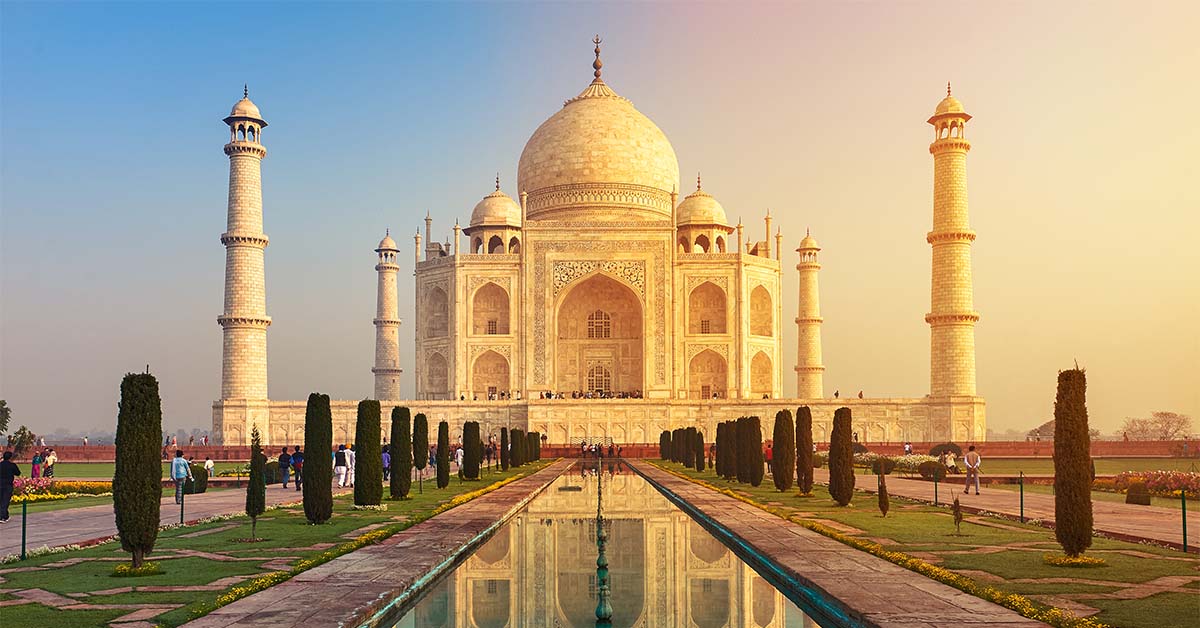