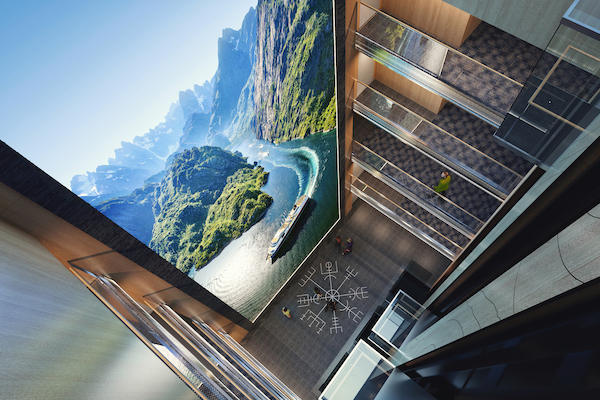 Spanning seven decks, the 17.5-metre tall screen will be in the atrium of the Hurtigruten ship, which starts sailing later this year.

Facing the three glass elevators, the screen will feature live images of the outside scenery and wildlife as the ship passes by.

It can also be used to stream live lectures and presentations, or create a special atmosphere.

Roald Amundsen is one of three next-generation expedition ships being built at Norway’s Kleven yard. They will be launched in 2019, 2020 and 2021.

One of the other ships will be Fridtjof Nansen and their sister ship is yet to be named.

More: Win an Arctic Expedition Cruise with Polar Routes – worth over £8k!