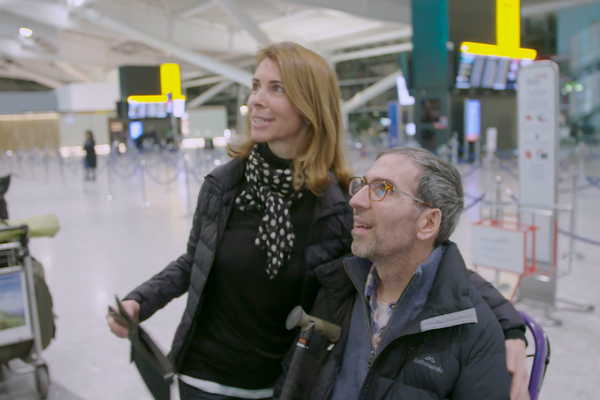 British Airways is marking its centenary year in 2019 with 100 acts of kindness via its BA Magic campaign, which returns as #BAMagic100.

Launched in 2017, the initiative saw the airline help customers with surprise proposals, reuniting loved ones and creating holidays of a lifetime.

During that initial campaign, BA helped Joe Dowd to fly from Heathrow to Dublin – his first flight since suffering a life-changing brain injury in 2014.

He and his wife Liz had previously lived in Australia, and his ultimate goal was to make the 10,000-mile journey around the world to visit again.

On landing at Dublin, the couple were surprised by the airline with a pair of tickets to Sydney.

In January 2019, 16 months after returning from Dublin, the couple travelled to Sydney.

Speaking from Heathrow Terminal 5 before the flight to Sydney, he said: “British Airways made my dream of flying again a reality. The Australia tickets were a surprise I’ll never forget and this journey would never have been possible without BA Magic.”

Alex Cruz, BA chairman and chief executive, said: “We’re honoured as an airline to be involved in hundreds of special journeys every day of the year and we witness some amazing moments.

“Our colleagues across the airline often go to incredible lengths to make our customers’ journeys special, but we know there are many people that deserve some BA Magic, which is why we’re going to mark our 100th birthday with 100 acts of kindness.”