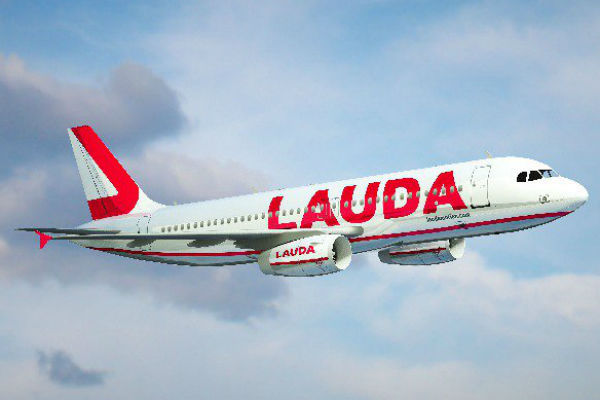 Ryanair today completed the purchase of 100% shareholding in Austrian low coast offshoot Laudamotion by acquiring a remaining quarter share in the carrier.

The full takeover by the Irish budget carrier will mean an expanded fleet, more jobs and routes.

The Laudamotion fleet will grow to 25 aircraft tis summer from 19 last year and up to 30 for summer 2020.

This will see capacity almost double to 7.5 million passengers by March 2021, rising to ten million the following year.

The carrier will operate four bases as it grows in Vienna from four to eight aircraft; Dusseldorf seven aircraft; Stuttgart three aircraft and Palma two aircraft.

The Vienna base will increase further to 11 aircraft next winter, making Laudamotion Vienna’s second airline, just behind Austrian Airlines.

Up to 400 new jobs are being created for pilots, cabin crew and engineers across the four bases.

Laudamotion CEO Andreas Gruber said: “With the backing of Ryanair, Laudamotion is set to grow strongly over the next three years to carry ten million passengers a year.

“We will release details of up to 20 new routes for winter 2019 once we have completed our airport and handling negotiations by the end of March.”

Deputy CEO Colin Casey added: “We are currently negotiating new routes and handling agreements with more than 50 new airports, all of whom want to share in Laudamotion’s exciting growth plans for the coming years.

“As other airlines falter, close bases or put themselves up for sale – as in the case of Germania recently – we are inundated with applications from pilots and cabin crew who wish to join as we embark on exciting growth plans, not just in Austria and Germany, but in other new countries as well.

“In winter 2019 we hope to announce at least one new base, which will be outside of Austria and Germany, and there are a number of new airports both in central and western Europe who are pitching to win this business.