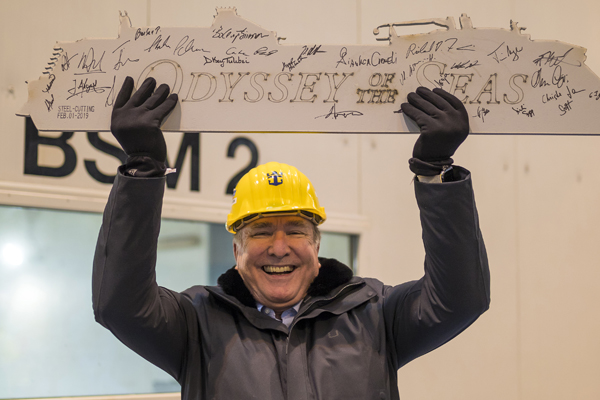 Royal Caribbean International will name its second Quantum Ultra class ship Odyssey of the Seas when its launches next year.

The decision was announced as the first piece of steel was cut for the vessel at the Meyer Werft shipyard in Papenburg, Germany, on Friday.

Odyssey of the Seas will sail from the United States after it launches in fall 2020. Additional details will be revealed later this year, the line said.

The first Quantum Ultra class ship, Spectrum of the Seas, is slated to launch in spring 2019.

Quantum Ultra class is only slightly larger than Quantum class.