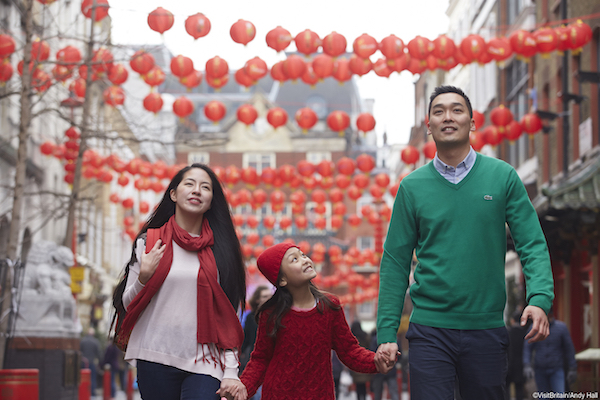 VisitBritain has partnered with British Airways to inspire more Chinese visitors to come to the UK.

The tourism agency’s latest campaign with BA has resulted in more than one million clicks to the airline’s website.

The partnership has entered its second year with a combined campaign running until March.

Using a variety of channels, the marketing activity includes a branded wrap-around image on a metro train in Shanghai, which is expected to be seen by 16 million people.

A boost in visits from China is expected this month, because of the Chinese New Year holiday on February 5.

Forward flight booking data showed that bookings from China to the UK were up 24% year-on-year from January 30 to February 12.

Longer-term forward booking figures for January to June this year show bookings from China to the UK were up 31% year-on-year.

The Chinese visitors are expected to spend more than £1 billion this year, up 50%, moving China into the UK’s top 10 markets.

Chinese New Year is a prime time to travel for the Chinese and British cities host some of the largest celebrations outside Asia.

Patricia Yates, VisitBritain director, said: “China is an extremely important market for VisitBritain and we want to provide a world-class experience and welcome for Chinese visitors who travel here.

“We’re building on the growth we have seen, working with partners such as British Airways and Ctrip to convert the inspiration to visit into bookings and making it easier to visit and explore more of the UK through regional gateways, driving our ambitious plans for growth.

“With 2019 being the Chinese Year of the Pig we also have an added opportunity, through the rising popularity and profile of iconic British brands such as Peppa Pig in China, to connect with millions of potential visitors to the UK and promote associated visitor attractions, destinations and experiences.”