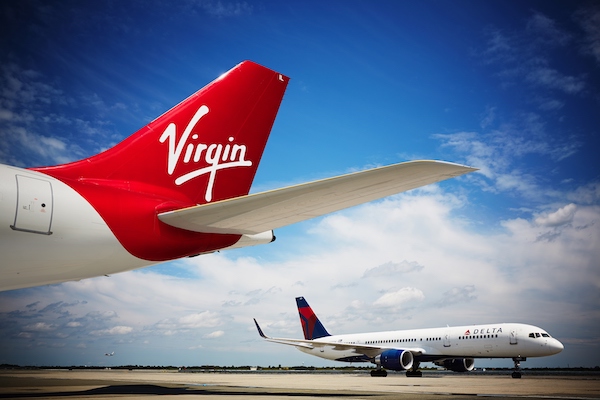 Virgin Atlantic is to start serving Tel Aviv after deciding to drop a link between London and Dubai from next month.

The Israeli coastal city will be connected from Heathrow from September 25 with tickets going on sale from February 25.

The airline announced last summer that its Heathrow-Dubai service would end on March 31 after more than a decade as it was no longer commercially viable.

The airline will instead provide more than 180,000 seats a year on the five-hour route between Heathrow and Tel Aviv using an Airbus A330-300.

The aim is to offer seamless onward connections via the London hub to US destinations across the networks of Virgin Atlantic and 49% shareholder Delta Air Lines.

Virgin Atlantic is still working on the creation of a $13 billion transatlantic joint venture alongside Delta, Air France and KLM  with more than 300 daily flights and 96 destinations served non-stop, well as introducing new flights from Heathrow to Las Vegas and Manchester to Los Angeles.

The carrier will also receive the first four of 12 Airbus A350-1000 aircraft this year.

Virgin Atlantic has worked with the Israel Government Tourist Office in the planning phase of the Tel Aviv service, with continued collaboration planned to promote Israel as a leading tourist destination.

The airline’s CEO Shai Weiss said: “2019 marks the start of a new phase of growth for Virgin Atlantic as we work to achieve our ambition to become the most loved travel company.

“Tel Aviv represents a fantastic opportunity for us – Israel’s economy is booming and as one of the world’s leading tech hubs we’re anticipating many business travellers and entrepreneurs flying between Tel Aviv and the UK.

“We also see a significant opportunity to increase competition in the US-Tel Aviv market, using the strength of our transatlantic joint venture with Delta to offer customers from Tel Aviv a wide range of US destinations connecting through London Heathrow including New York and San Francisco.

“I’m also thrilled to introduce this new destination to our leisure customers and I know it’s somewhere they’ll love to visit.

“Renowned for its cultural sites and with UNESCO recognised architecture, Tel Aviv also boasts beautiful beaches, a buzzing artistic and nightlife scene, incredible food and is a great base to explore the tourist destinations of the region including the iconic historical city of Jerusalem, Nazareth, and the Dead Sea”.

Tourism minister Yariv Levin added: “The entry of one of the world’s leading airlines into Israel is another expression of confidence in the Israel tourism product.

“The revolution that we have implemented in the ministry of tourism in recent years is bearing fruit with record-breaking numbers of incoming tourism to Israel.

“The new flights will be integrated with the marketing campaign in Europe, which highlights Tel Aviv and Jerusalem. I am convinced that, with the entry of Virgin Atlantic into Israel, we will see continued growth in incoming tourism from the UK.”

IGTO UK and Ireland director Sharon Bershadsky said: “The ‘Two Sunny Cities, One Break’ campaign has been very successful in showcasing Tel Aviv and Jerusalem and we’re proud of our continued commitment to working with the travel trade industry.

“The IGTO has been working with Virgin Atlantic to showcase the business and tourism potential of launching this new route and we looking forward to working together in order to promote Israel as a leading tourist destination.”