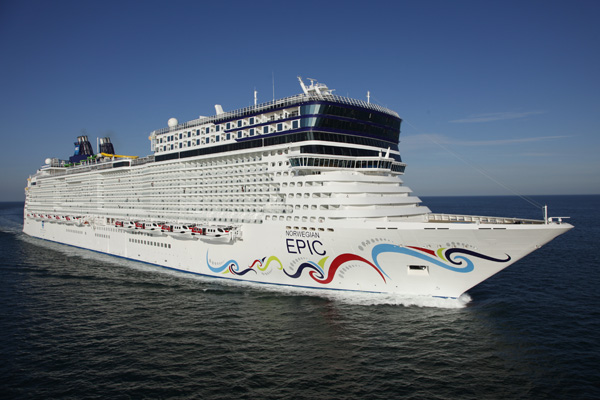 Norwegian Epic has collided with a pier in San Juan during a sailing blighted by mechanical issues.

The 4,100-passenger vessel was reportedly redirected to Puerto Rico after skipping port calls in Tortola and St Thomas in the Virgin Islands due to propulsion problems.

A Norwegian Cruise Line spokeswoman confirmed two mooring points at the pier had been damaged following the collision.

No injuries have been reported and Norwegian is working with the port authorities to assess the damage.

Epic was on a seven-day Eastern Caribbean roundtrip sailing from Port Canaveral, Orlando.

The NCL spokeswoman said: “Today, as Norwegian Epic was manoeuvring into the Port of San Juan, Puerto Rico with a local pilot on board and the help of two tug boats, prevailing winds caused the ship to veer towards the pier, damaging two mooring points at Pier 3 East.

“No injuries have been reported and guests are currently disembarking the ship as previously scheduled.

“We are working closely with local authorities to assess the damage.”

Passenger Robbi Lynn tweeted: “This is my first cruise and it’s so disappointing. We lose power, limp along at sea, then crash into the pier in San Juan?”

Lynn added that she had been offered a 50% discount on a future NCL cruise.