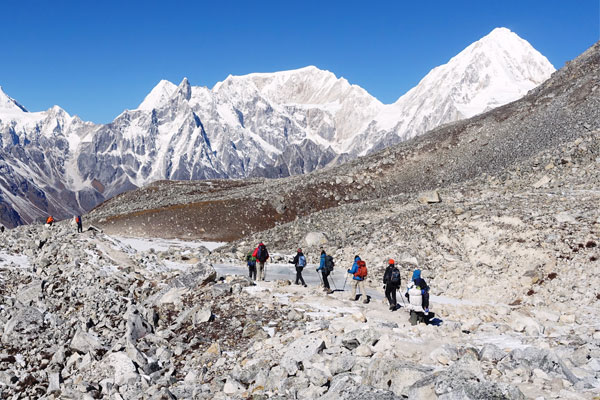 We’re like a pack of wolves, our Sherpa guide tells us, as we make a stealthy early-morning ascent, single-file, to Poon Hill on the Ghorepani route.

It was the last day of trekking on our Exodus Travels fam trip in Nepal, but now we had our reward: reaching the summit in time for a spectacular sunrise across the Annapurna Massif, in the Himalayas mountain range.

It was an unforgettable experience, but this eight-day trip wasn’t all about trekking. Accompanied by managing director Sam Seward and agency sales manager Dan Jackson, the group of eight agents spent time experiencing adventure, culture, spirituality and responsible tourism across Nepal, with stays in Kathmandu, Pokhara and Bandipur.

“We’re like a pack of wolves, our Sherpa guide tells us, as we make a stealthy early-morning ascent, single-file, to Poon Hill.”

Following the devastating earthquake in 2015, tourism to Nepal is back on track, and the government is pushing the full range of tourism products through its Visit Nepal Year, planned for 2020, which aims to bring two million visitors to the country.

“One thing you can do to help the country is to make bookings,” says Jackson. “There are lots of ways to promote it other than trekking. Exodus’s Nepal sales are up 12% year on year.” 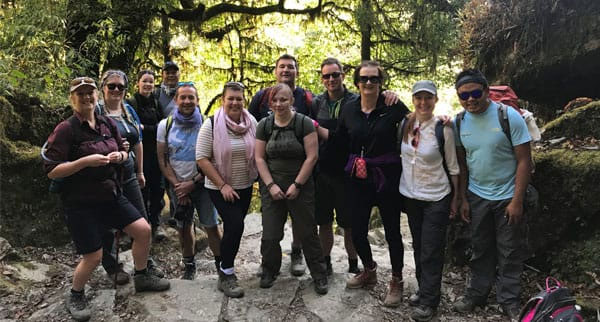 Rolling on a river

Just a few hours’ drive from Kathmandu, the Trishuli River is a prime spot for rafting the rapids. After we were equipped with lifejackets and helmets, and allocated to one of three rafts, the instructors outlined a series of simple instructions – forwards, backwards, middle, stop – and reassured the group that the river was suitable for first-time rafters.

“Back on dry land, a lunch of traditional Nepalese dal bhat rounded off an exhilarating afternoon.”

The guides navigated us through the varying rapids – occasionally with the added thrill of flipping the boat over – before we reached calmer waters, where we paddled through beautiful scenery and impressive gorges, and even had the chance for a quick swim.

Back on dry land, a lunch of traditional Nepalese dal bhat – a lentil soup accompanied by steamed rice, vegetable curry, pickles and greens – rounded off an exhilarating afternoon. 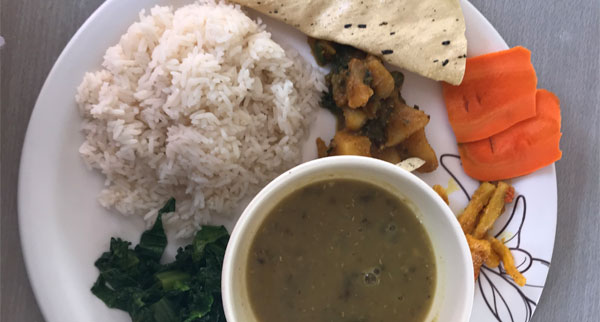 Culture and spirituality are visible everywhere in Nepal, and its two religions, Hinduism and Buddhism – Nepal is said to be the birthplace of Buddha – are evident at every turn.

In the lakeside city of Pokhara, the Jangchub Choeling Monastery is a centre of such spirituality. Lesley Reeves, senior travel consultant at Meon Valley Travel, says: “I watched the monks pray, which commenced with quiet murmurs, then chanting with drums, gongs and bells. It was hypnotic. After the ceremony, I talked to some of the Tibetan refugees who had made the incredible journey over the mountains by foot.”

The Tashiling Tibetan refugee camp is one of four settlements a short drive from Pokhara. As well as seeing the museum and buying handicrafts at the small market, the group joined resident Yang Chen in making traditional momo dumplings, made from a simple dough and filled with meat or vegetables.

“I watched the monks pray, which commenced with quiet murmurs, then chanting with drums, gongs and bells.”

There are more cultural centres in the country’s capital city, Kathmandu, home to the Hanuman Dhoka World Heritage Site at Durbar Square, a complex of Hindu and Buddhist temples and shrines built between the 12th and 18th centuries. The area epitomises the religious and cultural life of the people.

Then there’s the hilltop settlement of Bandipur, a gorgeously preserved village where the Newari culture – both Buddhist and Hindu in faith, and with their own language, Nepal Bhasa – still thrives. Its main thoroughfare is filled with traditional buildings, some of which have been renovated into cafes and lodges. It’s an ideal place to stop off on the drive from Kathmandu to Pokhara, which takes six to seven hours by road, or 30 minutes by air. 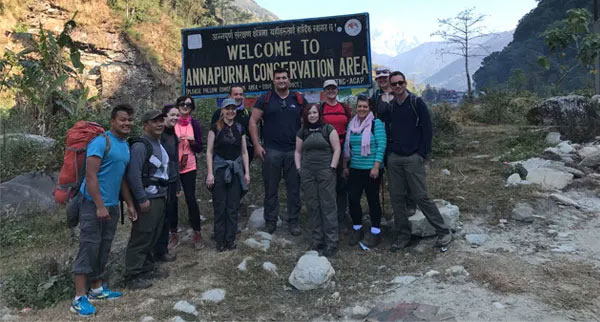 The Annapurna Circuit offers the most varied scenery of all the classic Nepal treks, and is ideal for first-timers.

The group took on the Ghorepani Poon Hill trek over three days, starting at Nayapul village, which is almost a two-hour drive from Pokhara basecamp. The trek rises through beautiful scenery – forests, terraced fields and pretty villages – eventually reaching Poon Hill for views of the Annapurna range, which has the 10th-highest peak in the world (a staggering 8,091m high).

Accommodation was in basic, traditional teahouses, with full luggage porterage. Even though most of the agents were new to trekking, the careful guidance of Karma Sherpa Lama – whose family has worked with Exodus for 40 years – along with his guides Bikash Tamang and Hari Khadka, meant all managed the strenuous 3,200m climb. 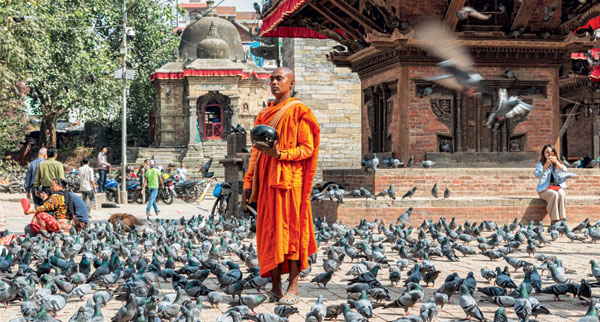 It would be hard to spend time in Nepal and not want to give back. This is why Exodus works with the Freedom Kit Bags project to provide rural and low-income communities across the country with eco-friendly and hygienic sanitary wear, helping to offer women dignity and freedom of movement during menstruation, which has long been a source of shame in Nepal. There are also sessions on sex education, healthcare and the importance of proper sanitation.

At a village school near Kathmandu, agents handed 25 bags out to students, adding to the more than 1,000 donated by Exodus so far, as part of a £100,000 investment in sustainable projects worldwide to help the communities visited by their customers.

Managing director Sam Seward says: “The Freedom Kit Bags project is hugely impactful on the lives of thousands of Nepalese women and girls, and we expect to increase our support for its work in 2020.”

Book it: Exodus Travels offers a 23-day Annapurna Circuit tour, combining the trekking route – including crossing the Thorong La pass and seeing sunrise from Poon Hill – with time in Kathmandu and Pokhara. The price starts at £2,299, including international and internal flights, 17 nights’ teahouse accommodation and four nights in hotels, full porterage and park fees.
exodus.co.uk

Kick back and relax in Kerala, India’s southern state
The best activities in the winter-sun paradise of Goa
Why now might be the best time to visit Sri Lanka