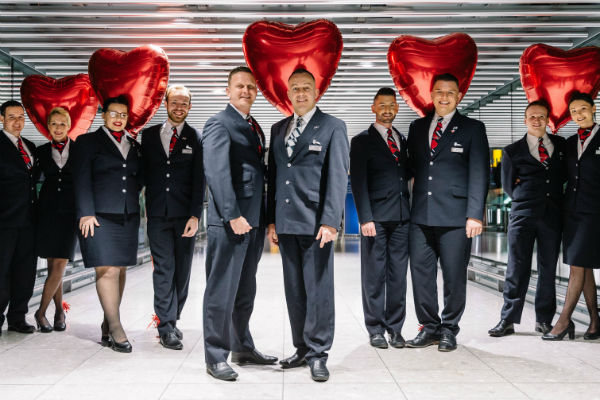 British Airways is marking Valentine’s Day by staffing a flight with entirely with cabin crew couples.

The five pairs will flying together on the BA245 from Heathrow to Buenos Aires before taking a break in the Argentinian capital.

Three of the couples met while working at the airline, with one couple recently getting married and another celebrating their recent engagement.

Carl and Nathan from Bristol married last November and joined the airline more than four years ago.

Aimee and Christopher, who have flown together on 17 trips, got engaged last December.

They’ve flown together on 17 trips and enforce a ‘no plane talk’ rule at home.