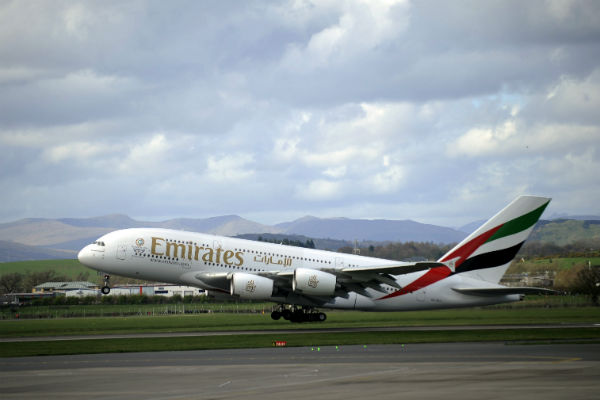 The demise of the Airbus A380 was inevitable but has been a long time coming, says Ian Taylor

The double-deck aircraft and more especially its four engines were surpassed technically soon after it entered commercial service in 2007.

Advances in engine design and a new generation of lighter, carbon-fibre-bodied, long-haul aircraft with two engines – the Boeing 787 and the Airbus 350 – consigned the A380 to history.

They offered substantial savings on fuel compared to the gas-guzzling, 500-plus seat ‘superjumbo’.

Conceived as a replacement for the longstanding workhorse of the global long-haul fleet, the Boeing 747, the A380 cost almost £20 billion to develop.

On arrival, it appeared the ultimate aircraft to serve hub airports such as Heathrow and Dubai on the busiest routes.

The aircraft’s sheer size permitted a capacity-constrained airport like Heathrow to continue to increase passenger numbers.

But twin-engine wide-body aircraft have long since become the norm, making the A380 marginal to the operations of most long-haul airlines with the exception of Emirates.

Emirates gave the A380 a final brief lease of life last year by placing a fresh order for the aircraft – no doubt at a remarkable discount. But it was something no other airline was prepared to do.

And it was Emirates which signalled the end of the runway for the A380 this week when it cut that order, cancelling options on 39 of the aircraft.

The last few A380s will now roll off the assembly lines in Toulouse and Hamburg in 2021.

Just 14 more will be produced, at a rate of less than one a month. Airbus chief executive Tom Enders conceded there was “no basis to sustain production”.

The impact on jobs could be severe. Up to 3,500 workers are employed in manufacturing the A380 in Germany, France, Britain and Spain.

Shutting down production will cost an estimated €463 million, which is expected to be paid for by governments waiving the repayment of loans to Airbus.

The EU might normally be expected to consider such arrangements state aid, but that seems doubtful.

It needs Airbus to continue to compete globally with Boeing across the commercial and military aerospace sectors.

When the A380 launched commercially with Singapore Airlines in 2007, Airbus forecast it would sell 1,500 of the superjumbos.

In the event it will have sold just over 250 – with almost half, 123, going to Dubai-based Emirates.

Astonishingly, Emirates operates 18 daily A380 flights from the UK. Don’t expect those to be ending any time soon.