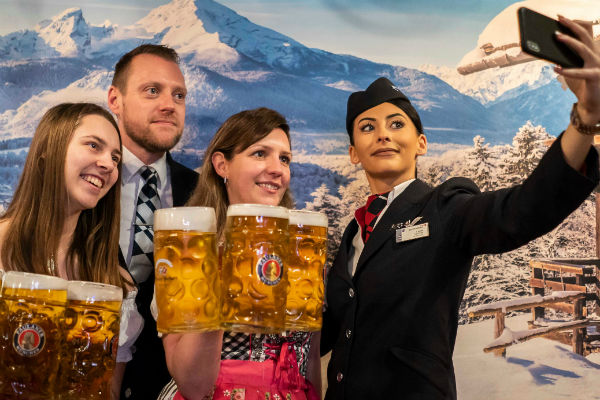 New British Airways flights to Munich from London City airport took off at the weekend.

Frequency was increased frequency to Berlin from the Docklands airport to 18 return flights a week earlier this year.

One-way fares to Munich start at £64.

BA commercial and customer general manager Luke Hayhoe said: “Munich complements our existing flights to Berlin, Dusseldorf and Frankfurt and means that we now fly 82 return flights a week to Germany this winter.

“The new route will increase the number of British Airways’ destinations from London City airport to 34.”

“Its gaining popularity is reflected in the frequency of this new three-times-a-day British Airways service, which makes travel between Munich and the centre of London easier and quicker.”