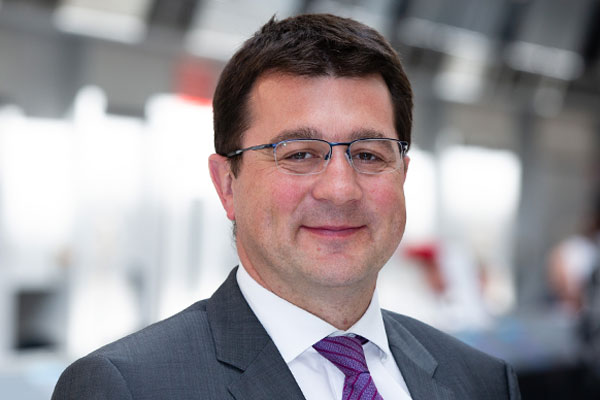 Francois Bourienne, chair of the UK Travel Retail Forum, questions the need for a new alcohol licensing regime at airports.

Many of us enjoy sharing a glass of something with friends and family at the airport or in the air.

Unfortunately, there are those who make poor choices when drinking alcohol, resulting in disruptive behaviour.

Such incidents are rare – more than 284 million passengers used the UK aviation network in 2017, and the CAA recorded just 413 incidents.

Only one third of these incidents involved alcohol. But they are costly for airlines, inconvenient and potentially dangerous for cabin crew and passengers.

They cause delays and disrupt flight schedules. At worst they can ruin the holidays of other travellers.

The UK Travel Retail Forum is clear it is never acceptable to behave in a disruptive manner at an airport or aboard an aircraft, whether alcohol is involved or not.

We are committed to reducing the number of disruptive incidents and promoting the safe and responsible purchase of alcohol when flying.

Airports and retailers have been working to reduce the number of incidents.

Most have joined the voluntary UK Aviation Industry Code of Practice on Disruptive Passengers, whose signatories commit to a common approach to combating and minimising disruptive incidents.

Passengers travelling through airports last year and this will have seen the ‘One Too Many’ campaign, reminding passengers of the consequences of drinking to excess while travelling.

And individual airports have put in place programmes such as Glasgow Airport’s Campus Watch programme – an alliance of the airport and local police teams to identify potentially disruptive incidents early and de-escalate them.

We know the Government is taking an active interest in disruptive behaviour and it is considering the results of a consultation on airport licensing which ended on February 1.

We welcome and support this – we want as many people as possible to understand this issue and work to eliminate it.

While we welcome the Government’s intentions, it is important that its approach is based on evidence and well considered. Home Office proposals to extend the current alcohol licensing regime to the airside environment are not the answer.

We do not believe alcohol licensing will be effective in reducing bad behaviour.

We know disruptive passenger incidents can take place at any time of the day. Arbitrarily banning the sale of alcohol in the morning, as requested by some airlines, is not going to be the silver bullet that prevents people from drinking to excess.

We also know passengers who are disruptive have often consumed alcohol before arriving at an airport or continue to drink once their flight has taken off. A licensing regime cannot prevent either of these happening.

Further, while the licensing regime does not presently cover the airside environment by law, the spirit of it most certainly does.

Staff serving alcohol in airside bars, restaurants and shops are trained in responsible hosting practices, just as their colleagues on the high street are.

Licensing adds little to the equation beyond compliance costs and red tape, and the challenges that come with checking and enforcing licenses issued to a secure environment only accessible to staff and passengers.

So, how better to tackle disruptive behaviour? We think the answer is already in place in the form of clear and concerted efforts by the industry to change the attitudes of those few passengers who are disruptive.

We believe most people already know it is wrong to drink to excess while flying, yet some do it anyway.

More regulation will not help, we need to change attitudes and standards of personal behaviour and use the legislation already in place effectively.

Good work is underway at airports – now we need our airline partners to step up their efforts.

The majority of disruptive incidents tend to happen on the same flights to the same locations. Recent coverage of this issue uncovered in-flight liquor available at bargain prices, a push to sell more alcohol on board and little real commitment to getting to grips with bad behaviour.

Ultimately, we all want the same thing: fewer disruptive passenger incidents and a safe and enjoyable experience for passengers and staff.

We think the industry is well placed to show the government it can reduce incident numbers – in fact, numbers have been coming down in recent years.

If more airlines can make the same commitment, things will get even easier.