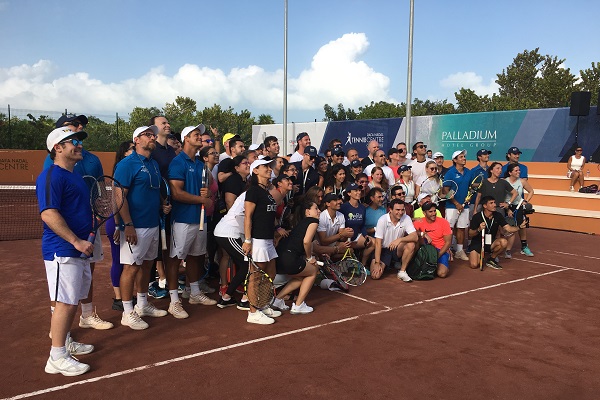 Tennis star Rafael Nadal has officially opened the tennis centre in his own name at Palladium Hotel Group’s Costa Mujeres Resort in Mexico.

The current world number two, winner of 17 grand slam titles, has teamed up with Palladium to open the facility at the complex, home to two new hotels – the Grand Palladium and TRS Coral Hotel.

He cut the ribbon with Palladium’s chief executive Abel Matutes Prats before they shared a rally for the cameras and spared time to exchange shots with Travel Weekly news editor Ben Ireland as part of the opening event.

Tennis lessons with Nadal’s team are available for guests of the two hotels.

The Grand Palladium Hotel Costa Mujeres has 670 rooms while the adult-only TRS Coral Hotel on the same site, 20-minutes’ drive from Cancun, has 469 suites.