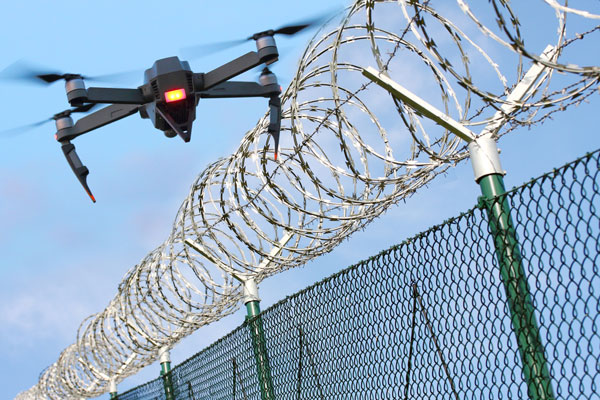 An extended three-mile no-fly zone will be enforced around airports from March 13, banning the use of drones that could interfere with aircraft.

The change, implemented through an update to the Air Navigation Order, extends the previous limit, which was two thirds of a mile.

Work to progress a new Drones Bill will give police powers to stop and search people suspected of using drones maliciously above 400ft or within 5km of an airport – helping them to tackle the kind of disruption seen at Gatwick in December.

It will also give additional new powers to the police to clamp down on people misusing drones and other small unmanned aircraft — including the power to access electronic data stored on a drone with a warrant.

The government and the Civil Aviation Authority also announced a new partnership with retailer Jessops as part of a national campaign to increase public awareness of the rules around flying drones.

Transport secretary Chris Grayling said: “The law is clear that flying a drone near an airport is a serious criminal act. We’re now going even further and extending the no-fly zone to help keep our airports secure and our skies safe.

“We are also working to raise awareness of the rules in place. Anyone flying their drone within the vicinity of an airport should know they are not only acting irresponsibly, but criminally, and could face imprisonment.”

Home secretary Sajid Javid added: “Extending stop and search to include drones will help police tackle disruption like the recent misery we saw at UK airports, when travel was ruined for thousands of innocent passengers, and bring those responsible to justice.

“Police are clear that stop and search is one of the most powerful tools they have to target and disrupt crime and I remain committed to giving them all the support they need to protect the public.”

Head of flight safety at the British Airline Pilots’ Association, Dr Rob Hunter, welcomed the measures and said: “We are pleased that the government is bringing forward legislation to increase the drone no fly zone around airports from the current 1km to 5km radius.

“This increase is what we’ve been calling for in order to ensure there is a safe separation between commercial aircraft and legal drone operations.

“This, along with the introduction of suitable detection measures, represents a significant improvement to the safety of manned aircraft around airports.

“We remain concerned that protections for helicopters are still lacking as they operate at low levels away from the protected zone around airports and in areas where drones are frequently flown.

“We hope the Department for Transport will take a similar safety-first approach to looking at this aspect.”

CAA policy director Tim Johnson said: “It is illegal to fly drones close to airports and anyone flouting the rules can face severe penalties including imprisonment.

“Anyone operating a drone must do so responsibly and observe all relevant rules and regulations. The rules for flying drones are designed to keep all airspace users safe.”