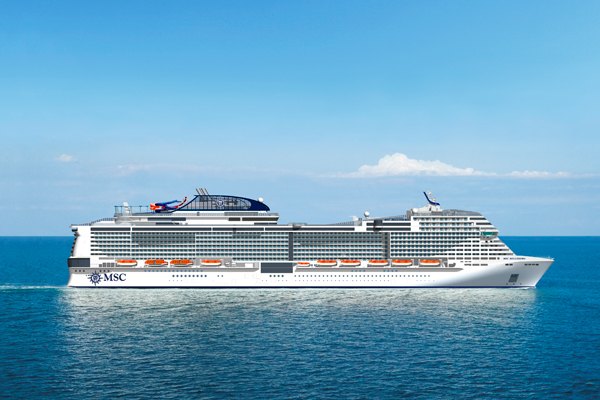 MSC Cruises has revealed superstar tenor Andrea Bocelli will perform at the naming ceremony of its latest ship Bellissima.

Bocelli will sing with his son Matteo during the traditional Officers’ Parade at the March 2 event in Southampton.

The Officers’ Parade is a service to recognise the crew’s service and dedication.

The Italian father-son duo will also sing Fall on Me from Andrea’s new album Si.

In 2008, Bocelli performed at the christening of MSC Poesia in Dover and in 2017, he sang at the naming ceremony of MSC Seaside in Miami, US.

MSC Cruises supports the Andrea Bocelli Foundation which carries out work in Haiti supported by guest donations on board MSC Seaside.

MSC Seaside appeared in a behind-the-scenes documentary on Channel 5 earlier this week.

Other performers at the naming ceremony include Nile Rodgers and his band Chic and Cirque du Soleil.

The evening event will be presented by ITV’s Holly Willoughby and MSC Cruises’ long-term godmother Sophia Loren will cut the ribbon to mark the official naming of the vessel.