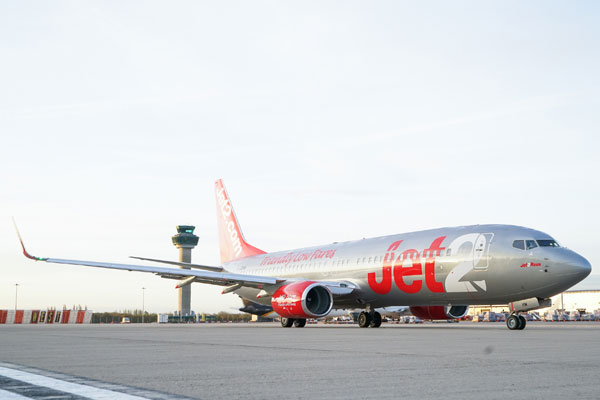 Philip Meeson called for a reform of the compensation system for delayed flights.

European Commission regulation has given rise to a “to a cottage industry for chasing compensation” with claims handling firms taking up to 40% of passengers’ compensation, he argued.

Meeson said: “It’s time to revert to common sense with a simple, fair and effective mechanism for resolving complaints. If we are to use ADR [alternative dispute resolution] providers, their decisions must be consistent, hold sway flight-by-flight and, if dubious, be subject to appeal.”

The head of the UK’s third largest airline, which has just taken delivery of its 100th aircraft and is expected to carry seven million passengers this year, questioned the regime put in place by Brussels.

He said: “How can it be fair, for example, for one passenger on a delayed flight to be recompensed for the inconvenience, but for the person across the aisle to have their claim denied?

“Surely it would make more sense to make decisions flight-by-flight, rather than passenger-by-passenger. And why is it reasonable that a payout for a delay can be four or five times the price of a budget airline ticket?”

The commission’s compensation levels for travellers held up by three hours or more are fixed at €250 per passenger for a short flight to a destination such as Paris, but rise to €400 for flights to Spain, Greece or Italy.

“These sums were originally designed for cancelled flights but have, over time, been applied to delays, too,” Meeson added.

“For a holiday airline, these amounts are high. Our typical fare is £80. There is no link, under the EU’s rules, between the price paid for a ticket and compensation for a delay, which seems very unfair.

He described the law as complex – stating that if a delay is caused by ‘extraordinary circumstances which could not have been avoided even if all reasonable measures had been taken’ then compensation is not payable.

“Interpreting this has made the legal profession a lot of money – the courts have arbitrated, for example, on whether an airline is required to pay out if a plane has a technical problem (we do), or in the event that a “bird strike” damages an engine (we don’t).” Meeson added.

“For the vast majority of claims, Jet2.com pays straight away. But for a handful, there’s a disagreement. The way in which these disputes are handled is problematic. This is a technical area of the law which needs to be applied consistently.

“The Civil Aviation Authority, in the past, has used an in-house team to adjudicate, a system which works well.

“However, in recent years the CAA has been urging airlines to sign up to ADR schemes, where it has appointed two third-party providers.

“These two bodies – called Aviation ADR and CEDR – sometimes struggle with the weight and complexity of claims. They use various adjudicators, often without full legal qualifications, to assess very technical issues,” Meeson claimed.

“There is an imbalance of fairness in that rulings are binding on the airline – but not on passengers, who can go elsewhere to challenge an outcome if they don’t like it.”

He described ADR schemes of this genre as “unsuitable for resolving issues running to six-figure sums around a poorly drafted piece of European legislation”.

“It is concerning that under its proposed aviation strategy, Aviation 2050, ministers are considering making them compulsory,” Meeson said.

“A few principles ought to come into play. At present, adjudications are made on a passenger-by-passenger basis, which sometimes mean two people on a flight get different outcomes. It would be far more sensible for the first ruling on each flight to be a ‘reference’ one that then applies to all the other passengers on board.

“Impartiality goes both ways: both the consumer and the airline should be treated equally with equivalent rights of appeal on a ruling.

“Finally, we need to resolve these disputes without the involvement of ambulance-chasing ‘claims handling’ firms which take up to 40% of passengers’ compensation.”