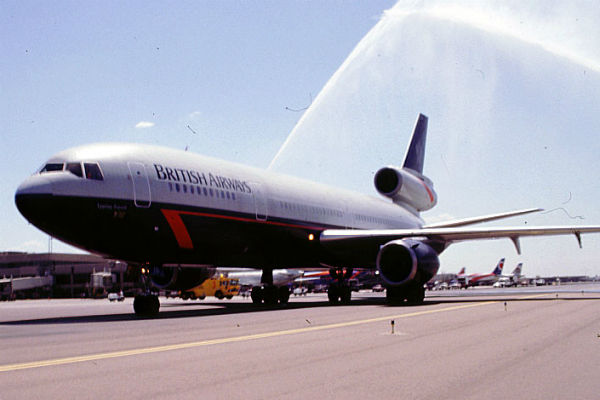 The third design in a series of heritage liveries to mark the British Airways’ centenary has been unveiled.

A Boeing 747 painted in the iconic Landor design will appear later this month.

The design was featured on aircraft between 1984 and 1997 and will feature on the jumbo jet until it is retired in 2023.

It follows aircraft re-painted in BOAC and BEA colours.

A final replica design is also to be revealed “in due course,” according to the carrier.

BA chairman and CEO Alex Cruz said: “Today’s announcement follows the exciting arrival of our BOAC 747 aircraft and the upcoming unveiling of an A319 in BEA colours.

“The passion and pride we’ve seen for our heritage liveries so far, from both customers and colleagues, has been both phenomenal and humbling.

“We’re really thrilled to announce Landor as the latest iconic scheme to join the fleet as part of our centenary celebrations and we’re sure this excitement will be reflected around the world.”