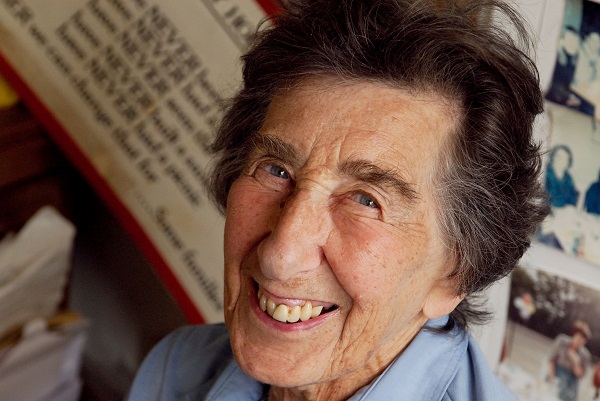 The founder of the Family Holiday Association, Joan Laurance, has died at the age of 98.

Laurance started the charity in 1975 with her husband Patrick, and the organisation has since helped thousands of families in need by enabling them to take a break together.

Alison Rice a trustee and former chair of the Family Holiday Association, said: “I have no doubt that everyone who met Joan thought she was a remarkable woman. I certainly did. Her selflessness and steadfast resolve will continue to be an inspiration to us all as we continue her legacy.

“Rather than complain about the lack of breaks available to struggling families, Joan and her husband Patrick turned their outrage into solid action and it’s thanks to them both that we can be proud of how many families we’ve helped since 1975.

“The thoughts of everyone at the charity are with Joan’s family at this difficult time. We offer them our deepest sympathies.”

Joan and her husband Patrick, who died in 2008, launched the Family Holiday Association as a national charity in 1975.

Several years earlier they had been struggling for money, with Patrick out of work, and a short break in Southend-on-Sea at that time was the inspiration behind the Fammily Holiday Association for the couple – who both lost their fathers at a young age.

With the help of friends, neighbours and others they formed the FHA – which has since helped nearly 50,000 struggling families – giving them access to holidays, from day trips to a few nights away from home.

Joan Laurance was also an honorary life member of the Red Cross, for which she worked for over 30 years, being closely involved with the running of the trolley service at the Royal Free Hospital. She served for seven years on Hampstead Community Health Council and was also a Samaritan. Joan was awarded the British Empire Medal in 1986.