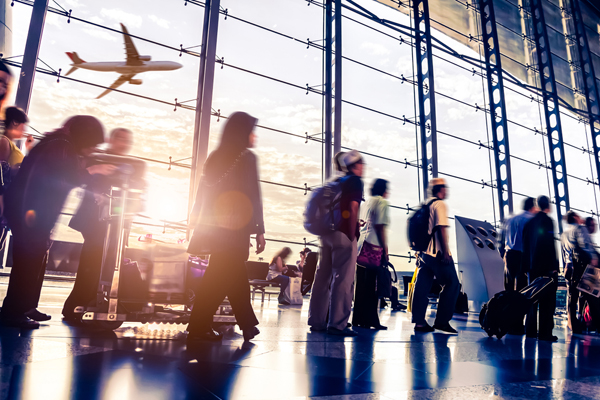 Concern over the impact of Air Passenger Duty has been voiced as it emerged that UK airline passenger growth more than halved to 2.7% in 2018 despite overall numbers reaching a record 292 million.

The stalling growth is predominantly down to fewer people flying between the UK and the European Union.

However, the fall in the value of the pound has been a boost for the UK’s long-haul traffic. Passenger growth to and from non-EU destinations rose to 6.7% year-on-year, compared to 5.1% in 2017.

The new Civil Aviation Authority figures come on top of a report by European airports association ACI Europe, which showed that the UK was the only country in Europe, other than Moldova and Serbia, where direct connectivity declined year-on-year in 2018 by 0.8%.

“Aviation growth benefits not just people looking to travel, but supports high-quality jobs in the aviation and tourism industries right across the UK.

“Furthermore, aviation connectivity enables businesses to travel and export. This growth and the benefits it brings to the UK economy cannot be taken for granted.

“Ensuring the UK has the right connectivity is crucial for the government’s Global Britain ambitions.

“Airports expect to hear an ambitious message of support for sustainable aviation growth in the government’s planned aviation strategy, including on making best use of existing capacity and investing in airports’ surface access.

“Action should also include a reduction in Air Passenger Duty, which acts as a brake on connectivity growth.

“APD is the world’s highest departure tax, double the rate of the next-highest such tax in the EU, in Germany.

“Airspace modernisation will also be needed to boost growth by preventing rising delays, reducing noise and emissions as well as freeing up airspace capacity for travel to new destinations.”