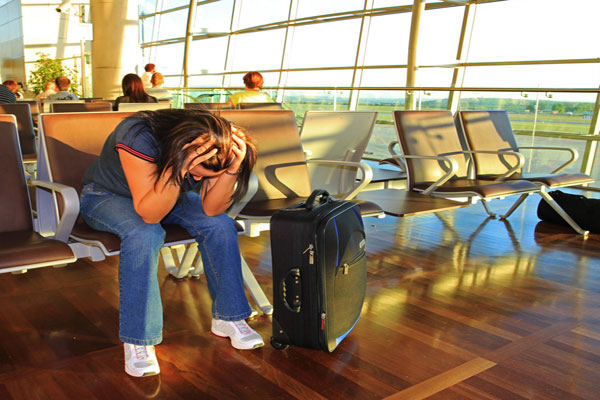 Flight delays across Europe will be as bad this summer as last and could be worse, airline bosses have warned as they hit out at failures by air traffic control.

Summer 2018 saw a record number of delays – most caused by air traffic control in Germany and France.

International Airlines Group chief executive Willie Walsh told an Airlines for Europe (A4E) summit in Brussels: “2018 was one of the worst years every experienced. This summer is likely to be just as bad as last.”

He reported 334 million passengers suffered delays, saying: “This is disgraceful. It is completely unacceptable. It must be addressed.

Walsh said: “Flights in European air space increased by 3.8% last year. Delays increased by 115% and 61% of delays were caused by air traffic control staff shortages, with 9% caused by strikes.”

He led the leaders of A4E, including the chief executives of Ryanair, easyJet, Lufthansa Group and KLM, in slamming the air navigation service providers (ANSPs) in Germany and France.

Walsh said: “We are calling out [German ANSP] DFS and the way it is managing the situation. Karlsruhe in Germany is one of the bottlenecks of Europe. DFS should be ashamed of themselves.”

Ryanair chief executive Michael O’Leary said: “It’s getting worse. 2018 was the worst year on record, but in January it got worse – 90% of all delays in January were caused by air traffic control, primarily by short staffing in Karlsruhe and Marseille.”

O’Leary warned: “It will be worse this summer.”

The airline bosses demanded a raft of measures to reduce delays, including limiting the impact of air traffic control strikes by allowing ‘overflights’ of countries hit by industrial action

The airline bosses also called for reform of EU rules on compensation to passengers for delays and cancellations, arguing that airlines currently pay out for delays they can’t control.

Walsh argued: “Air traffic control is pushed to the limit, but it is an artificial limit.

“This situation must change. We urge the EU and national governments to take immediate action.”