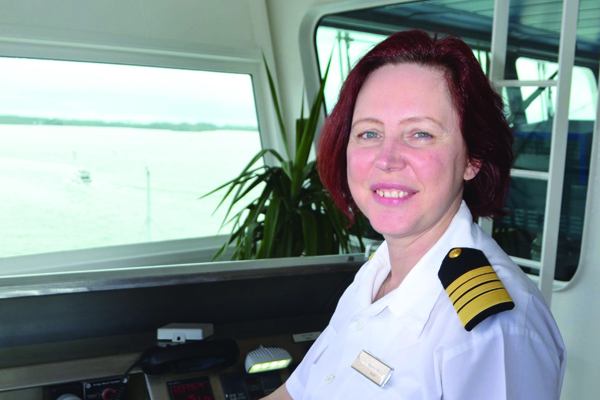 The luxury line claims she is the first woman to captain a new ship from its launch and hailed her as “an international role model” as it announced her appointment on International Women’s Day (March 8).

Captain Melani, 45, joined Regent in 2010 as a bridge officer, before going on to serve as a safety officer and staff captain on Seven Seas Voyager.

In 2016, she became the line’s first female master captain and has also led Seven Seas Explorer, Seven Seas Mariner and Seven Seas Navigator during her tenure.

Melani will spend large parts of this year in the shipyard in Ancona, Italy, where Seven Seas Splendor is being built, working with engineers and designers.

Jason Montague, president and chief executive officer of Regent Seven Seas Cruises, said: “Captain Melani has distinguished herself as a trailblazer in the maritime and cruise industries.

“She is an international role model and is admired by our guests and crew.

“We are proud to appoint Captain Melani as the industry’s first female captain to deliver a new cruise ship and look forward to her many future successes leading Seven Seas Splendor in the years ahead.”