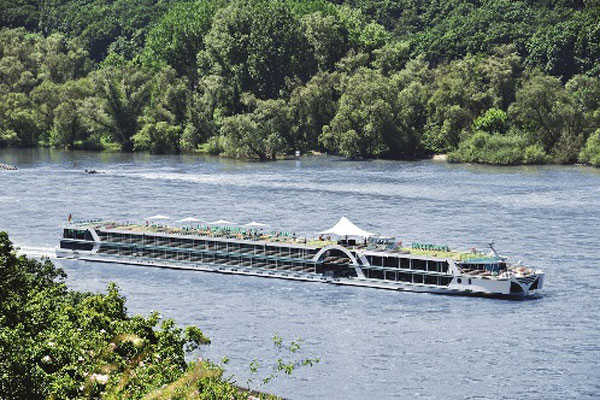 Fred Olsen Cruise Lines is in talks to charter a second river ship amid soaring sales for 2019.

Last year, the line only sold 80% of capacity on Brabant which it chartered from Luftner Cruises for the first time for summer 2018.

However, 64% of Brabant’s 2019 capacity has already been sold and Mike Evans, the departing head of trade sales, is crediting 2018 fam trips on the 156-passenger ship for the current sales position, which is ahead of this time last year.

“We worked a lot with agents and showed off Brabant by getting them on the ship and as a result there has been a change this year.”

Fred Olsen Cruise Lines is now discussing a deal with Luftner Cruises to charter a second ship from the line.

This summer, passengers will have access to 30 to 40 bikes at each destination on the River Danube, which Brabant will call at, Evans added.

Justin Stanton, Fred Olsen’s sales and marketing director, said wave sales for both river and ocean were up 25% year-on-year after launching the promotion at the beginning of December and ending on February 28.

“We do not tend to promote that properly until after Christmas,” Stanton said. “Considering everything that has gone on in the world, people are pretty resilient.”

The line is expected to announce Evans’ successor within the next month and four candidates are in the running for the position.

Evans is retiring in April after 27 years with Fred Olsen Cruise Lines.