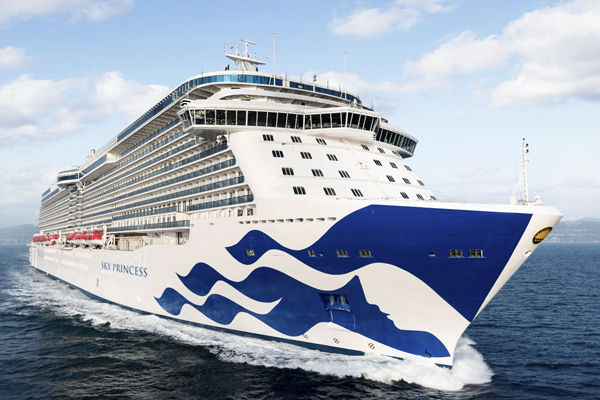 Emmanuel Renaut is owner and executive chef of the Flocons de Sel restaurant in the French ski village of Megeve.

He previously worked in restaurants including Claridge’s in London, Hotel de Crillon and Auberge de l’Eridan.

His La Mer restaurant was first introduced on board Majestic Princess in 2017 and will also open on 3,660-passenger Sky Princess and Enchanted Princess.

Sky Princess is due to launch in October with a short season of sailings in the Mediterranean before heading to the Caribbean.

Enchanted Princess will make its debut in Southampton in June 2020 with an inaugural season in the Mediterranean.

The restaurant will offer casual, French bistro-style dining and be located in the Sky Princess atrium with a cover charge of  $35 per person.

The line’s guest experience and product development executive vice president Rai Caluori said: “It’s been an honour to collaborate with Chef Renaut again to develop a new menu for La Mer and showcase his authentically-crafted dishes. He has a passion to deliver unforgettable French dining.”

“My dishes are designed to satisfy every palate by bringing retro French classics and blending favourite ingredients with fresh and unique touches to make each dish memorable.”