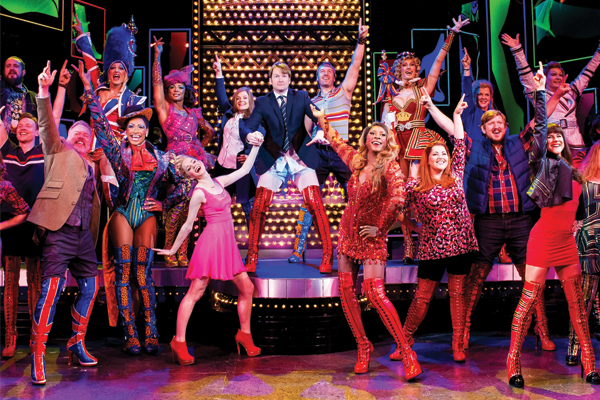 Jane Archer picks out some of the best shows at sea.

Cruise shows have come a long way in the past decade, as companies strive to move away from a ubiquitous diet of songs from the musicals, contrived storylines and three-part harmonies.

Instead, they now serve up chart‑topping bands, timely TV tie‑ins and authentic West End shows – albeit sometimes trimmed in length – performed by a dedicated cast of players.

Grease, Saturday Night Fever, We Will Rock You and Kinky Boots are all playing on Royal Caribbean International or Norwegian Cruise Line ships, while other lines have devised shows around Elvis, the Beatles, Queen, and even David Attenborough’s BBC TV wildlife shows.

Strap on your shiny red heels because we’re off to see Lola and her dancing angels strutting their stuff. It’s Kinky Boots the musical, which has been playing London’s West End for three years and opens on Norwegian Encore, the new Norwegian Cruise Line ship launching in October, with its own dedicated cast.

“Strap on your shiny red heels because we’re off to see Lola and her dancing angels strutting their stuff.”

It’s a feelgood show with songs by Cyndi Lauper, an underlying message about unlikely friendships and acceptance – and those seriously kinky boots. Encore also has boozy fun in Happy Hour Prohibition, a musical set in a 20th-century speakeasy, and the Fab Four playing the Cavern Club.

Book it: From £849 per person cruise-only for a seven-night eastern Caribbean voyage round-trip from Miami, departing December 1.
agents-uk.ncl.eu 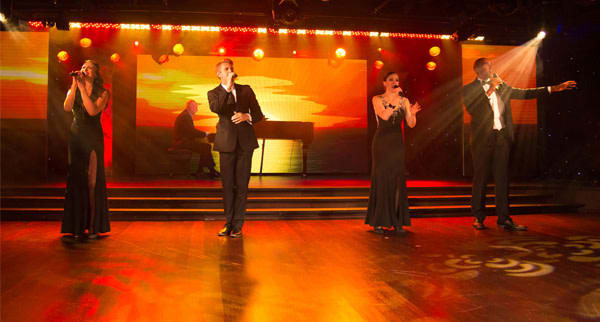 Seabourn’s An Evening with Sir Tim Rice takes traditional songs from West End shows and gives them a twist. For one thing, they were all penned by Tim Rice (think Evita, The Lion King, Jesus Christ Superstar, Chess and more). For another, each number is introduced by the lyricist himself – not in person (although he will be joining the Asia cruise mentioned below), but by way of a hologram or video in which he shares backstories about the songs before they are performed live by the Seabourn singers. The show opened on Seabourn Encore in 2017 and is now playing on all the line’s ships.

Book it: From £4,799 cruise-only for an 18-day Jewels of Southeast Asia cruise from Singapore to Shanghai on Seabourn Sojourn, departing April 10.
seabourn.com 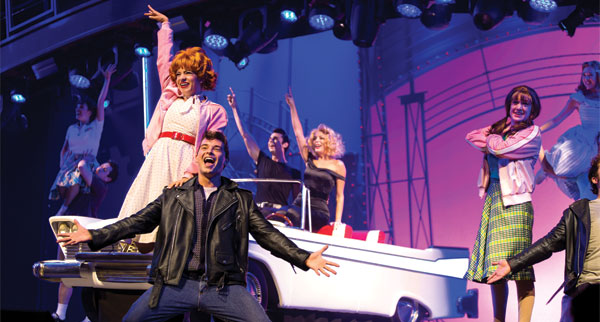 3. Grease is the word

Get ready for some summer lovin’ with Danny, Sandy, the Pink Ladies and the T-Birds as Royal Caribbean International’s Independence of the Seas sails from the UK this year. Grease the musical, immortalised on the big screen by Olivia Newton-John and John Travolta, has been playing to rave reviews on Independence for some time. The show, specially adapted for Royal Caribbean, has everything from fast cars and teen pregnancy to loves lost and won, as well as plenty of leather, slicked-back hair and songs that will have young and old alike singing along.

“The show has everything from fast cars and teen pregnancy to loves lost and won, as well as plenty of leather.”

Book it: From £849 cruise-only for a six-night France and Spain cruise round-trip from Southampton, departing August 24.
myclubroyal.co.uk 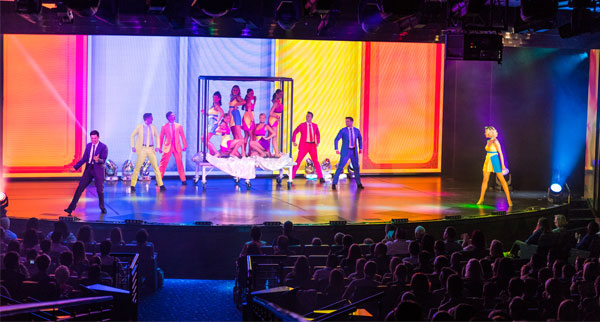 Take a good measure of song and dance, blend in magic, illusion and mystery, and the result is, well, Astonishing. Which just happens to be the name of a big production launched on P&O Cruises’ Britannia last June and has since also opened on Ventura and Azura. It was produced by Stephen Mulhern and Jonathan Wilkes, features eye‑deceiving trickery created by illusionist Guy Barrett and, without giving too much away, dazzles with dry ice, gold envelopes, levitation and a disappearing act or two.

Book it: From £1,429 cruise-only for a 14-night Spain and Italy round‑trip voyage from Southampton on Britannia, departing September 7.
completecruisesolution.com 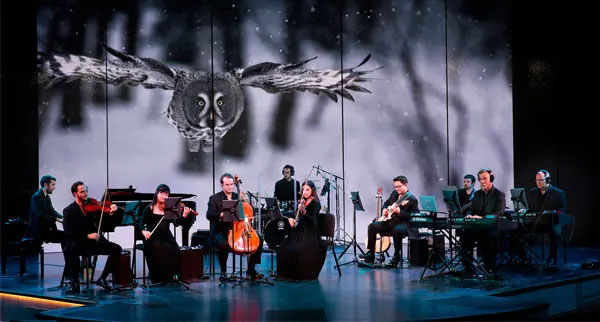 We gasped when an iguana was caught by a crafty snake, cheered when he escaped, and breathed a sigh of relief when a giraffe beat up a pride of lions instead of becoming their dinner. Edge-of-the-seat animal antics are not the usual stuff of cruise ship shows – unless you are sailing with Holland America Line, which has set footage from the BBC TV programmes Frozen Planet, Blue Planet 2 and Alaska to classical music. The shows are on all the line’s ships bar Prinsendam and Maasdam.

“Edge-of-the-seat animal antics are not the usual stuff of cruise ship shows – unless you are sailing with Holland America Line.”

Book it: From £1,799 cruise-only for a 12-day Iberian Adventure cruise from Amsterdam to Rome on Nieuw Statendam, departing September 15.
gohal.co.uk 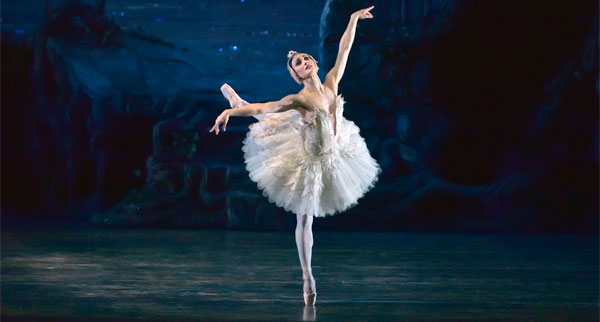 Ballet is making its high seas debut in a new partnership between Celebrity Cruises and New York’s American Ballet Theatre. Dancers from ABT will be joining 13 cruises on Celebrity Summit, Equinox and Millennium between March and December this year, performing in the ships’ theatres and taking part in seminars and ballet barre classes – a workout that combines ballet moves with Pilates, dance and yoga. Where schedules allow, on cruises with no ballet on board, there will be excursions (at extra cost) to ABT performances on land.

Book it: From £560 cruise-only for a six-night eastern Caribbean cruise from New Jersey to San Juan in Puerto Rico on Celebrity Summit, departing October 20.
celebritycentral.co.uk 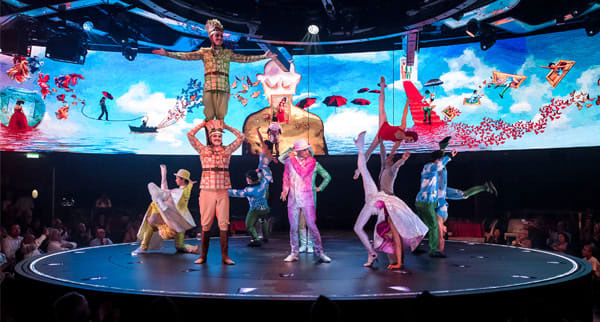 7. All the fun of the Cirque

Flying bikes, jugglers, balancing acts, stunning costumes – MSC Cruises’ Cirque at Sea is the real deal, with genuine Cirque artists performing shows exclusive to the cruise line in a specially designed venue, and at a fraction of what it would cost to see them on land (from €15 for the show, €35 for a dinner-and‑show combo).

“MSC Cruises’ Cirque at Sea is the real deal, with genuine Cirque artists performing shows exclusive to the cruise line.”

Cirque made its debut on MSC Meraviglia in 2017 and is on new ship MSC Bellissima, for which two fresh shows have been written. Performers will also be on MSC Grandiosa and MSC Virtuosa, launching in November 2019 and October 2020 respectively.

Book it: From £799 cruise-only for a Mediterranean cruise round-trip from Barcelona on MSC Bellissima, departing October 11.
msccruises.co.uk 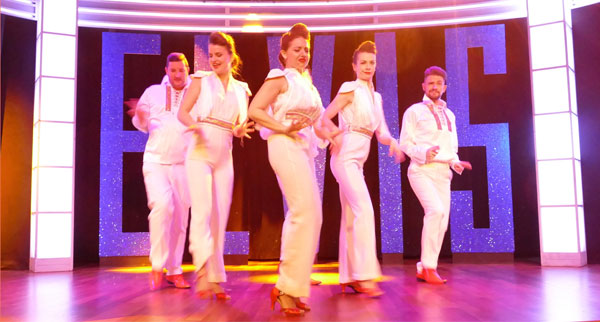 Perfectly timed for the Queen mania doing the rounds on the back of the film Bohemian Rhapsody, along comes Silversea Cruises’ new tribute to the band, Rhapsody in Rock. It opened on Silver Muse on March 8, and is one of several new shows developed with entertainment firm Luna Rossa Productions. There’s also Elvis on Silver Whisper and Motown on Silver Shadow, while The Four Seasons and classics from songwriters including Joni Mitchell, Bob Dylan and James Taylor open on Silver Wind and Silver Spirit in April and May this year.

Book it: From £6,120 cruise-only for a 14-day Tokyo to Hong Kong voyage on Silver Muse, departing October 21.
my.silversea.com 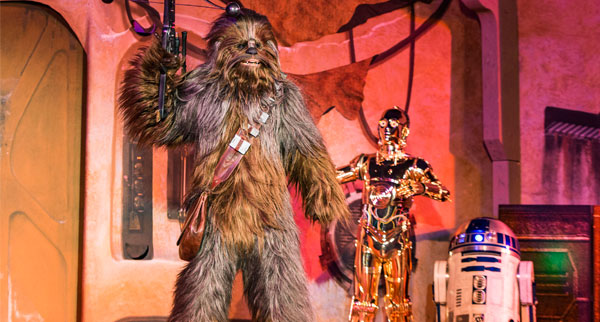 Epic encounters of the Star Wars variety promise to transport passengers to a galaxy far, far away on selected one‑week Caribbean voyages on Disney Cruise Line’s Disney Fantasy between January and March 2020. Chewbacca, R2-D2, C-3PO and Darth Vader will all be beaming on board for a day of Star Wars fun, including a Jedi Training Academy where little ones can brush up their lightsaber moves, a movie marathon, and a scavenger hunt in search of the penguin‑like porgs that debuted in The Last Jedi. The day ends with a galactic-sized deck party and fireworks show.

“Chewbacca, R2-D2, C-3PO and Darth Vader will all be beaming on board for a day of Star Wars fun.” 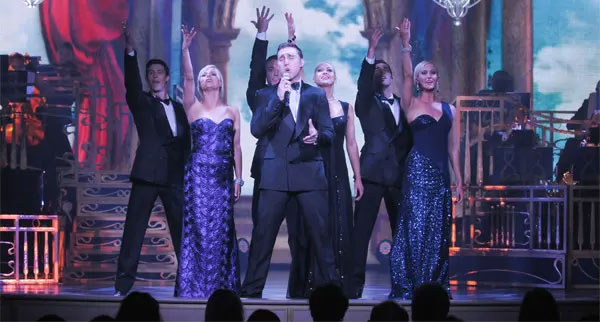 Princess Cruises has lined up a theatre full of classic cruise ship entertainment – think elaborate sets and costumes, favourite songs, dancing and plenty of three-part harmonies – for Sapphire Princess’s coming summer season out of Southampton. The four big production shows include Bravo, which features a 13-piece orchestra playing live on stage, as the ships’ singers and dancers give pop hits such as Adele’s Skyfall, Queen’s Somebody to Love and the Righteous Brothers’ Unchained Melody a light opera makeover.

Book it: From £979 cruise-only for an 11-day Canary Islands voyage round-trip from Southampton on Sapphire Princess, departing October 8.
onesourcecruises.com