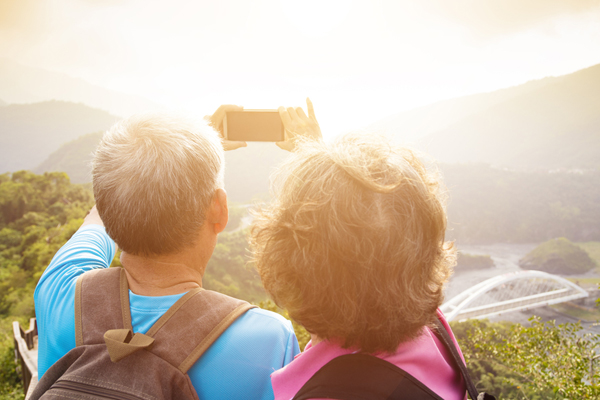 The average person aged over 40 still has seven countries to visit on their travel bucket list, a new poll reveals.

The study of 2,000 adults aged 40 and above found that they have only visited a quarter of the countries they dream of going to.

New Zealand, Canada and Australia top the list, with more than six in ten already looking forward to at least one trip abroad in 2019.

Three in ten over-40s say they are more adventurous with their holiday choices, with 38% preferring to go off the beaten track when they travel abroad.

A fifth of over-40s have tried snorkelling on an overseas trip and more than one in ten have been on a safari.

Almost half of those polled say they go on more holidays now than at any other point of their lives, with six in ten putting this down to having more money now than they did in the past.

And a quarter think it is easier to get away because their children are older, while 46% have more time, according to the research.

Another 40% think their lives have simplified enough so they now have more freedom – in their 50s or beyond – to see the globe.

More than one in five have taken a month or more off work to visit different countries.

Aime White, editor of Rough Guides, which carried out the research, said: “Travel is no longer the sole preserve of the young.

“It is important that the travel industry gives older travellers the same opportunities to have adventurous travel experiences as younger people if they want to and not dismiss them as being too ‘old’ or ‘boring’.

“The great thing about travel is you can get out of it exactly what you like. If you want a wild adventure, then go ahead – if you’d rather chill out on holiday, that’s fine too.

“But often our tastes change as we get older, and it’s great to see an appetite for adventure isn’t limited to anyone under the age of 25.”

The results came as financial data firm IHS Markit reported that consumers’ appetite for big purchases such as cars and holidays has fallen at its fastest pace since September 2017, with Brexit uncertainty having an impact on spending.