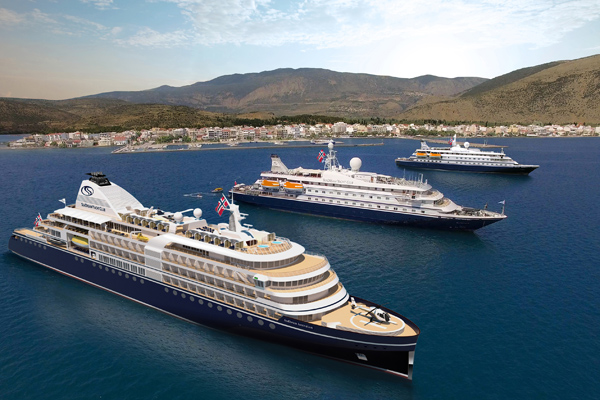 SeaDream Yacht Club has revealed plans to launch its first ever new ship.

SeaDream Innovation will start its inaugural voyage from London on September 18, 2021.

It will sail to every continent in its first year, visiting more than 200 ports across 49 countries.

Destinations include the Northwest Passage, Antarctica, the Norwegian Fjords, Japan, and New Zealand.

It is the first time since SeaDream was founded in 2001 that the line has added to its fleet.

Passengers, who have previously sailed on the line’s two other vessels – SeaDream I and SeaDream II – can now reserve one of the 110 ocean view suites as so-called Club Members.

Both SeaDream 1 and SeaDream II were acquired by the line.

Atle Brynestad, SeaDream’s owner, said: “This project has been a dream of mine for many years.

“It has been a true labour of love to meticulously design every aspect of this yacht from the interiors and facilities to the itineraries.”