Companies from across the travel industry have been invited to form teams to challenge for the inaugural MSC Cup at Chelsea FC’s Stamford Bridge stadium.

The eight-team tournament will take place on Wednesday, May 22, with all money raised going to industry charity Reuben’s Retreat.

The opportunity to hold the tournament at Stamford Bridge came after MSC Cruises was unveiled as Chelsea FC’s official global cruise partner in January. The competition was officially announced during the launch celebrations for MSC Bellissima in Southampton this month. 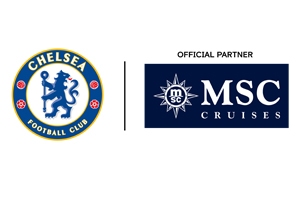 The MSC Cup will be run in association with Travel Weekly as part of the magazine’s pledge to raise £50,000 for five children’s charities in its 50th year.

MSC and Travel Weekly have committed to raising a minimum of £20,000 for Reuben’s Retreat through entry fees, sponsorship and ticket sales, and both have entered a team for the competition.

Antonio Paradiso, MSC Cruises managing director for the UK and Ireland, said: “At the launch of MSC Bellissima we pledged to support Reuben’s Retreat on its incredible journey, and the MSC Cup is just one way we will do this as part of our ongoing partnership.

“It’s an honour to be hosting the event at Stamford Bridge and I look forward to gathering the best of the travel industry together in support of such an amazing charity.”

Stuart Parish, Travel Weekly Group managing director, added: “We are delighted to be working with MSC Cruises on the inaugural MSC Cup, and raising money for a fantastic cause in our landmark 50th anniversary year.” 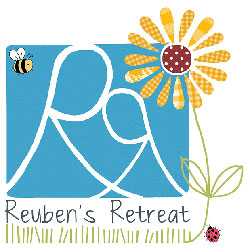 Reuben’s Retreat aims to relieve the distress of families and their close friends who have suffered the bereavement of a child or have a child suffering from a life-limiting or life threatening illness.

Services at the retreat, located in the Derbyshire countryside, include counselling, support groups, activity and therapy days, short breaks for children and bereavement breaks.

The charity was founded in 2012 by travel industry professionals Nicola and Mike Graham after the death of their son Reuben from a rare brain tumour.

How to Enter to play in the MSC Cup

The MSC Cup kicks off at Stamford Bridge at 9am on May 22, and each team is asked to contribute £2,500 to take part.

Teams will consist of seven players from a squad of 10, and each team must have a minimum of two female players. The eight available team spaces will be filled on a first come, first served basis.

The event is expected to be attended by Chelsea FC Legends, and each team can sell up to 10 spectator tickets at £10 apiece to raise further funds. Additional sponsorship opportunities include event catering, shirt branding and sponsorship of a matchday programme. Full coverage will appear in Travel Weekly.

To enter a team, or for more information on sponsorship opportunities, email: stuart.parish@travelweekly.co.uk

Agents report shift in demand to after summer 2021