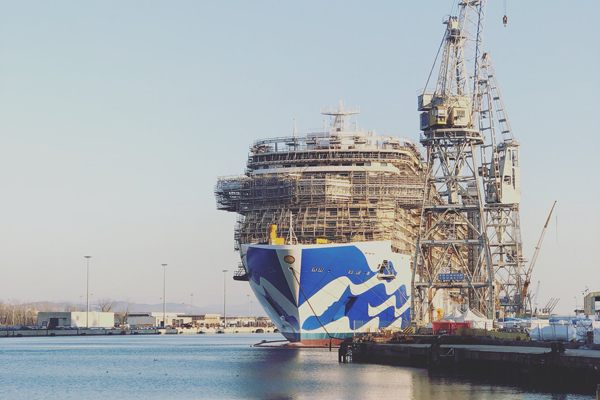 The announcement by Fincantieri follows the initial signing of a memorandum of agreement between the two parties in July last year.

Each vessel will carry around 4,300 passengers and be powered primarily by Liquefied Natural Gas (LNG) to cut air emissions.

Medallion technology will be available on both ships.

Caribbean Princess and Regal Princess both have the technology currently.

The wearable technology which serves as a room key, onboard charge card and a virtual concierge, will be available on Royal Princess from April, Crown Princess from July and Sky Princess from October when it joins the fleet.

Princess Cruises has five new ships being built over the next six years.