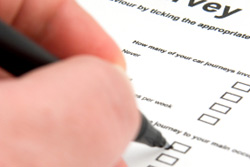 Despite the recession and hardships facing the trade, agents remain relatively upbeat about working in the travel industry, according to a Travel Weekly survey.

While job satisfaction remains high and the love of working in travel is still strong, there is concern about the future of high-street agencies, pay and job security.

The Working in the Travel Industry 2010 report, carried out in association with destination marketing firm Fox Kalomaski, surveyed 168 agents during December last year.

Only 28% of agents, up from 24% in 2006, admitted they were more confident about the future of the high street than they were two years ago. The remaining 72% disagreed with this statement, up from 68% in 2006.

Almost 90% of respondents agreed the number of traditional high street shops would decline over the next five to 10 years.

One agent said: “Contrary to what people think, it is a hard job that yields insufficient income and perks are thin on the ground. Its future on the high street is
not secure.”

Will the number of traditional high street agencies decline over the next 5-10 years?

A huge 73% claimed their pay did not adequately reflect their skills – a similar number to previous Working in Travel surveys carried out in 2004 and 2006.

“I love my job but feel it’s poorly paid. Educationals are a thing of the past.”

One agent said: “I love my job but feel it’s poorly paid. Educationals are a thing of the past.”

Some 67% claimed they would consider taking their retail experience to another sector.

Despite concerns over pay and the future of the high street, only 16% indicated they intended to leave the high street and join a homeworking company – down from 25% in 2006.

Just over half of agents (53%) joined the travel industry by chance, and the majority at 35% got their present job through referral or recommendation.

Does your pay adequately reflect your skills?

Do you intend to become a homeworker in the near future?

Perks of the job

Some 61% of agents agreed the industry is known for its travel perks, but many commented that in the current climate, these are declining.

One agent said: “Working in travel had a lot of perks and advantages, but now there are none.”

As with the previous two studies, agents are split on commissions – 41% believe fee-based income is better than commission, down from 55% in 2006.

The future of travel

Sixty-one percent of agents said they considered the travel trade a profession that had a secure long-term future – up from 52% in 2006.

However, 70% claimed they didn’t know of new people who were motivated to join the industry because they saw it as a long-term growth sector.

“I hate the way the industry has devalued itself and its reputation by becoming a bargain basement.”

Respondents were also concerned about their long-term job security, with 54% claiming they were “anxious”.

One agent said: “I feel very lucky to have a job in the current climate.”

Just over three quarters of agents (76%) said the industry was good at marketing itself and its products, but agents were increasingly concerned that heavy  discounting was tarnishing the image of the industry.

One agent said: “I hate the way the industry has devalued itself and its reputation by becoming a bargain basement.”

And 40% said they still considered social media and online networking as a threat to business.

Fox Kalomaski chief executive Gary Jacobs said: “While 76% of respondents claim that the business is good at marketing itself, nearly 40% said that social media and online networking were a threat, whereas these concepts actually constitute a new marketing opportunity.”

Disapproval of direct-sell tour operators is as high as in previous years, with 78% believing that operators will regret bypassing the trade.

Does the travel trade have a secure future?

“It is still one of the most exciting and challenging industries with some great people in it.”

And 36% said travel was their most passionate interest outside work, followed by family life at 35%.

One respondent said: “It is my passion for travelling that makes me happy working in the industry.”

While another added: “It is still one of the most exciting and challenging industries with some great people in it.”

Job satisfaction appears to be a key motivator, with 70% claiming it is their main reason for working in travel. Other motivations include cheap travel, status, job flexibility and even money.

As another respondent said, the greatest reward is “Being told by clients that the holiday we booked for them was fantastic.”

Are you proud to tell your friends that you work in travel?