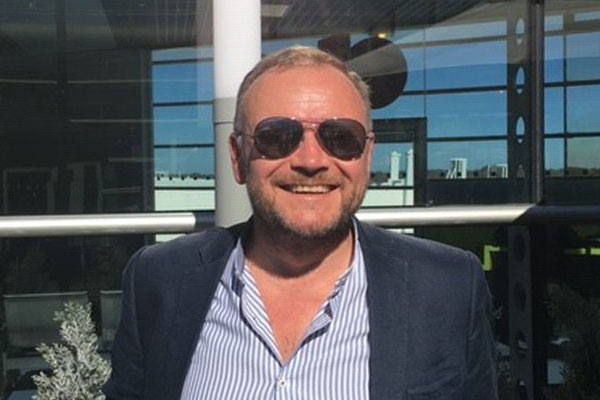 One of the best things about visiting the United States is that you experience the famous customer service in shops and restaurants. You also budget for the fact that you will also be tipping waiters, helpful hotel staff, bartenders and cab drivers. In the UK we are used to tipping for certain things – usually exceptional service or a haircut. In the US you are expected to tip for almost everything.

We had many good experiences and two that were exceptional. The first, was booze related. The waiter in the Bar of the Mandarin Oriental (amazing view) certainly knew his stuff and his enthusiasm sold us two impressive cocktails.

The second and most important example, which the UK could learn something from, is this. In a restaurant I won’t name, because I don’t want it tarnished by crowds, we went for dinner. The waiting staff were smartly dressed waitresses. When we sat down we were hit with a classic American waitress monologue about the different menus, the specials, the wines, the cheeses etc. This was so detailed and sincere, we sat there in a stunned silence, amazed at this person’s ability to transmit with such energy and enthusiasm. Her mantra was this ‘If you’re going to say anything, make it worth hearing.’ It was almost too much. She knew every dish, every cocktail. She had an answer for every question and a solution to every problem. To us, so used to the UK where most waiting staff know almost nothing about the food and drink they serve, it seemed over the top.

Now, it’s easy for us to mock. Which we did. We couldn’t believe this level of high pitched, fervent, unrelenting happiness. Sure enough as we watched the team move around the room, this, same focus on delivery, as well as quick thinking and anticipation of the customer’s every need, was in evidence everywhere. As amusing as this was, it was nonetheless highly impressive. You felt they were actually earning their tips. Eventually I asked for the bill. When it arrived I read the following ‘This restaurant is a non-tipping restaurant. Hospitality included.’ So, these people were salaried. They were all professional, expert and keen, for no obvious incentive, other than the desire to be the best they could be, for their customers. I was stunned. They were that good, and weren’t hustling for tips.

Could we do that in the UK? Offer our people higher salaries with no further incentives, and just expect them to deliver 100% exemplary service? This for me, someone who has been training people for 17 years, is the gold standard. It’s a commitment.

Travel must be taking lessons from the wider retail market. Retail has been decimated in recent times because consumers are shopping less and less. One of the reasons for this is appalling customer service. Staff who are not invested in their work, or invested in, themselves, will never deliver the level of service you would want all of your customers to have. And we settle for accepting the customer’s experience will be poor and hope they will still come back. What if we took a leaf out of this restaurant’s book and hire people at higher salaries and train them to be exceptional? What could that mean? Would that grow customer loyalty? Would that change our business model? Could it feasibly save an ailing brand before it is snapped up or closed down?

Do your customer service people want to be the best? What would make them change their mindset?