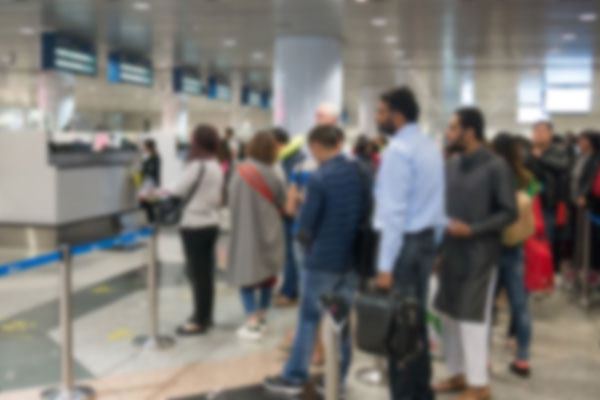 British travellers to Greece face delays at passport control from Sunday due to new border checks.

Greek police will start “systematic passport control” checks for all Europeans travelling to and from destinations outside the Schengen area, including the UK.

The change from April 7 is in line with 2017 Schengen Borders Code regulation.

The Schengen area covers 26 European states that have abolished passport and other border controls.

The Foreign and Commonwealth Office issued an updated travel advisory for Greece to warn of possible delays.

“Increased waiting times at passport control are possible on departure from and arrival into Greece,” the FCO said.

“You should ensure you arrive at the airport in good time.”

Separately, Brussels has agreed that UK citizens travelling to the Schengen area for a short stay of up to 90 days should be granted visa-free travel after Brexit.

The EU Council said: “According to EU rules, visa exemption is granted on condition of reciprocity. The government of the United Kingdom has stated that it does not intend to require a visa from EU citizens travelling to the UK for short stays.”

But it added: “In the event that the United Kingdom introduces a visa requirement for nationals of at least one member state in the future, the existing reciprocity mechanism would apply and the three EU institutions and the member states would undertake to act without delay in applying the mechanism.”