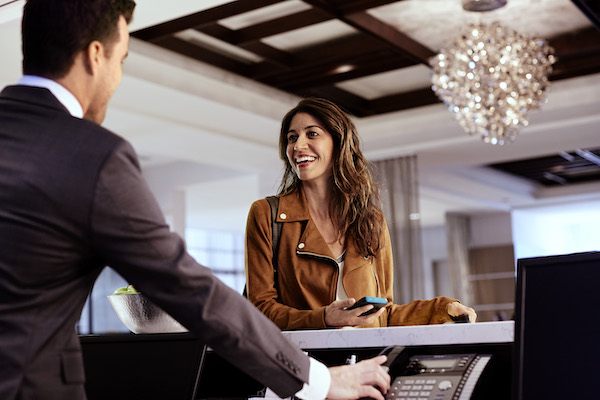 Hotels in the UK are expected to defy Brexit uncertainty as an extra one million foreign travellers are due to visit Britain this year.

The prediction comes today (Tuesday) from accountancy and business advisory firm BDO which believes the arrival of more foreign visitors will provide a welcome boost against a backdrop of political uncertainty.

Occupancy rose by 1.8% to 78.8% as the UK hotel sector achieved its ninth consecutive year of growth.

Despite average room rates decreasing slightly by 0.8% to £99.82, occupancy was the main driver of growth.

Overall UK rooms yield rose by 1.1% to £78.64, helped largely by a strong performance by London hotels.

BDO says the positive results highlight the resilience of the London hotel market and its capacity to absorb new supply following the opening of about 8,000 rooms in 2017-18.

The strong performance also comes despite a drop in visitor numbers.

But an uplift is predicted, with an additional one million visitors expected in 2019 in what will be a “welcome boost” for hoteliers.

BDO partner Robert Barnard said: “The continued political and socio-economic impacts of Brexit remain a source of huge uncertainty, however the UK hotel industry has banked another strong performance, especially when compared to other consumer-facing industries.

“While the government’s focus is on the UK’s economic future, hotel brands and owners have a number of competing priorities on their agenda, most notably investing in the right technology, managing a EU-heavy workforce and overcoming competition from online platforms.”

The UK hotel market remained attractive for both domestic and international investors in 2018 despite Brexit concerns.

According to Knight Frank, the volume of merger and acquisition deals in the UK hotel market increased by 29% last year to a total of £7.4 billion.

“With international visitor numbers forecast to increase in 2019, together with a reduced pipeline of new hotels, I do not foresee any major shocks for the sector,” Barnard added.

“Inevitably there’ll be challenges ahead but I’m confident the UK hotel industry will continue to experience growth over the next 12 months and investor appetite will remain strong.”

In contrast to the London hotel market, regional hotels saw overall performance decline by 1.3%. Occupancy, which only increased by 0.6%, could not offset the negative impact of a 1.9% drop in average achieved room rates.

Hotels in Liverpool saw the strongest rooms yield growth of all UK regional cities – up by 12.4% and ten years on from being the European Capital of Culture in 2008.

At the bottom of the scale, Newcastle suffered a 10.4% decline. This was followed by Edinburgh – last year’s top performing city – which traded 9.7% below 2017 levels following an intense year of new supply.