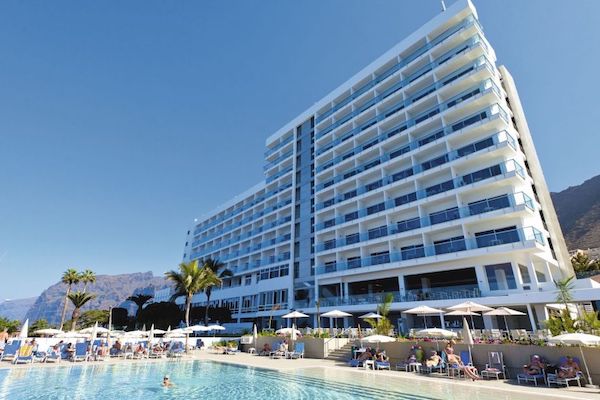 A Tui customer claimed she was refused a refund after discovering that the Tenerife hotel she had booked was the scene of a sickness outbreak.

According to the This Is Money website, Rachel Appleby became aware of a thread on TripAdvisor two days before she was due to fly to Sensimar Los Gigantes (pictured) in Tenerife, warning that many people had contracted a virus when staying there.

She told the website that Tui’s customer care centre were unable to offer her a refund when she asked about cancelling or going to a different hotel.

After This is Money contacted Tui, Appleby said she has been offered a full refund from Tui.

However, the website said other holidaymakers have reported falling ill when staying at the Sensimar Los Gigantes, with many reports on social media about the problems.

Tui also featured on This Is Money earlier this week after a guest complained about another of its properties in Tenerife – the Catalonia Punta Del Rey hotel.

Lee Parker was expecting to stay at a four-star hotel but instead found blocked plumbing, exposed wiring and cracked tiling in his room.

He claimed a Tui rep told him the hotel had been wrongly graded and he paid an extra £1,200 for alternative accommodation.

He told This Is Money that he will contact Tui about compensation when he returns home.

Tui told the website: “We are so sorry to hear of Mr Parker’s experience in Tenerife, and we would like to thank him for bringing these issues to our attention. We are currently investigating this and will be in direct contact with the customer.”