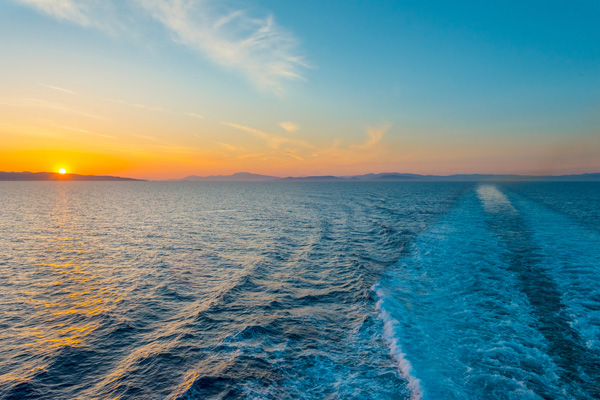 Cruise ships face the prospect of speed limits under a proposal being put forward to cut greenhouse emissions.

France is reported to be putting forward the plan to the International Maritime Organisation next month.

It is being suggested to help the industry to meet an international target of halving its greenhouse emissions by 2050.

The proposed limits could restrict cargo vessels to their present average of about 16 knots (18mph). Previously they travelled at up to 24 knots.

The biggest impact of the proposal could be on cruise ships, which have average speeds of about 15 knots and a top speed of 22 knots, The Times reported.

The French proposal, which would introduce the first limits in international waters, reportedly says that “speed reduction leads to a significant emissions reduction and it can be implemented quickly: it is the only measure that requires little or no technical adaptation of the ships”.

Although the proposal later suggests ‘passenger ships’ could be exempt if they “were unable to reduce their speed for technical reasons”.

The limits could be enforced by the state where each ship is registered, using its satellite-linked automatic identification system, which shows its position, course and speed.

Faig Abbasov, a spokesman for the Clean Shipping Coalition environmental umbrella group, said arguments by some cargo shipping companies that they needed to travel quickly to get perishable goods to their destination did not apply to cruise ships.

Carnival Corporation, which owns Cunard and P&O Cruises, said it was following the debate closely.

A spokeswoman said it already aimed to achieve the “optimum speed between one port and another for maximum guest comfort and efficiency of fuel and also making the best use of the time in port for guest experience”.

Richard Ballantyne, chief executive of the British Ports Association, told the newspaper that it opposed a “sudden mandatory limit”.

He said: “There is already a cost incentive attached to slow steaming for ship owners and the decision of what speed is necessary for sailing is one that has many factors to be considered.”

The Department for Transport said: “We support exploring a range of options to make the industry greener. However, detailed technical consideration from the IMO would be required before any final decisions can be made.”